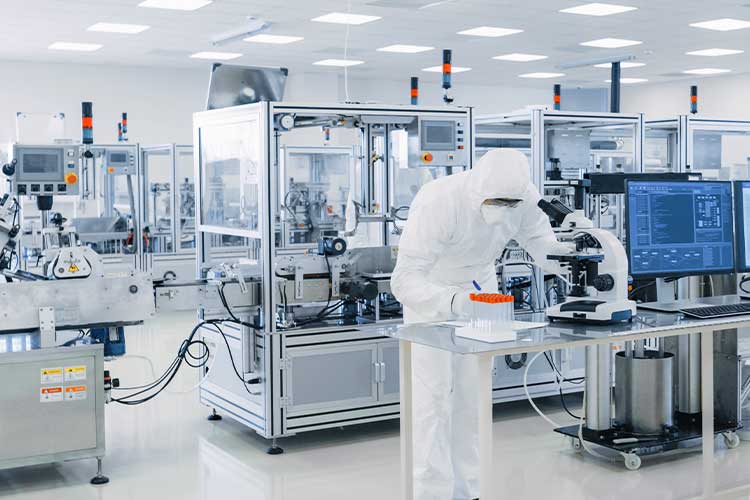 NEW DELHI: Global spending on medicines — using invoice price levels — is expected to grow at 3-6 percent CAGR through 2025 to reach about $1.6 trillion by 2025, excluding spending of COVID-19 vaccines, according to a new research report The Global Spending and Usage of Medicines released by the IQVIA Institute for Human Data Science.

The total cumulative spending on COVID-19 vaccines through 2025 is projected to be $157 billion, largely focused on the initial wave of vaccinations to be completed by 2022. In subsequent years, booster shots are expected to be required on a biannual basis as the durability of immunity and the continued emergence of viral variants make an endemic virus the most likely outcome.

“While the pandemic has been extremely disruptive, the pre-pandemic forces of medicine use and spending remain significant drivers of the outlook, and these forces have only been modestly impacted by the immediate effects of COVID-19,” said Murray Aitken, IQVIA senior vice president and executive director of the IQVIA Institute for Human Data Science.

“The success of countries around the world in implementing a global vaccination program — unprecedented in speed and scope — will be key to the outlook for all medicine use through 2025 and beyond,” he added.

A few key highlights of the report include:

Substantial global market variations: There are strong variations in medicine usage and spending across global markets. Growth in global medicine spending will be lifted by stronger pharmerging market growth through 2025 and offset by developed markets where slower growth will result as losses of exclusivity for original brands outweigh increased spending on newly launched innovative products.

Japan: As the third largest global market, Japan will have flat-to-declining medicine spending as a result of the continued biennial price cut policy but see rising patent-protected original brand spending coinciding with policies to encourage a shift to generics for older medicines.

Europe: Spending in Europe is expected to increase 2-5 percent CAGR or a total of $35 billion over the next five years to 2025.

Novel medicines: New brands in developed markets through 2025 are projected to be similar in absolute spending for the last five years, continuing a historically high period of spending on novel medicines. The number of new active substances launches are also projected to continue at an above-average rate, with an average of 54-63 per year, totaling 290-315 for five years through 2025.

Loss of brand exclusivity and rise in biosimilars: The impact of exclusivity losses will increase to $166 billion over the next five years mostly due to the availability of biosimilars, and the cumulative savings from biosimilars will reach an estimated $285 billion.

Therapy area growth: The two leading global therapy areas — oncology and immunology — are each forecast to grow 9-12 percent CAGR through 2025, lifted by significant increases in new treatments and medicine use. Oncology is projected to add 100 new treatments over five years, contributing to an increase in spending of more than $100 billion to a total of more than $260 billion in 2025. Immunology growth is projected to slow from the 17.3 percent CAGR over the past five years as biosimilars bring lower cost treatments offsetting growth from volume and drug launches. In addition, many new therapies are expected in neurology including novel migraine therapies, potential treatments for rare neurological diseases and the potential for therapies for Alzheimer’s and Parkinson’s.