Would have thrown out China in less than 15 minutes if Congress was in power: Rahul Gandhi 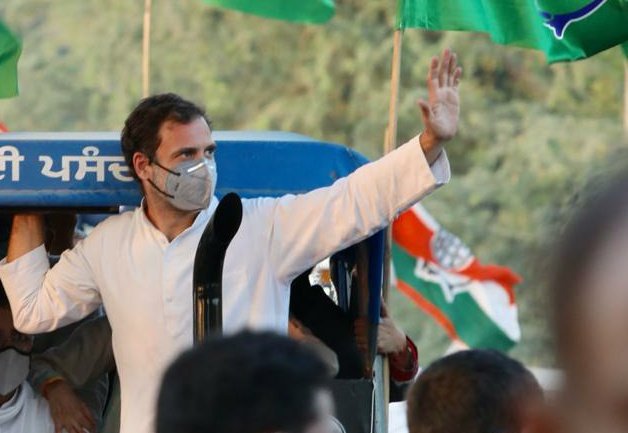 Would have thrown out China in less than 15 minutes if Congress was in power: Rahul Gandhi

KURUKSHETRA: Congress leader Rahul Gandhi on Tuesday attacked Prime Minister Narendra Modi over India’s border standoff with China, saying that if Congress been in power, it would have thrown out China from the country in less than 15 minutes.

The former Congress president while addressing a public gathering at Anaj Mandi here late this evening, as part of his ‘Kheti Bachao Yatra’, said Prime Minister Narendra Modi is a “coward”.

“The coward PM says that no one has taken our land. Today, there is only one country in the world whose land has been taken by another country. India is the only country where another country came in and took away 1200 square km. And PM calls himself a ‘deshbhakt’ and the whole country knows that China’s forces are inside our territory, what kind of patriot he is? If we were in power we would have thrown out China in less than 15 minutes,” Gandhi said.

“I guarantee you when our government was there, China did not have enough power to put even one step in our country. There is only one nation in the entire world whose land has been usurped and that is India and they call themselves patriots,” he added.