WTO not equipped to deal with China and its industrial policies: USA 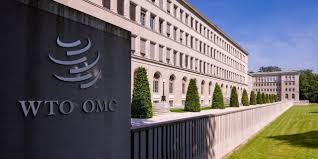 WTO not equipped to deal with China and its industrial policies: USA

WASHINGTON: China’s economic system is not compatible with the norms of the WTO, the Trump administration has said, asserting that the international trade body is not equipped to deal with Beijing and its industrial policies.

The Trump administration is also seeking to redefine the term ‘developing nations’ as countries like China, despite being the world’s second largest economy, are being considered as developing, that gives them certain benefits under the World Trade Organization (WTO).

“Too many countries at the WTO self-designate as developing countries. And as a developing country at the WTO, you enjoy additional flexibilities and exemptions from the rules,” Dennis Shea, Deputy US Trade Representative and United States of America (USA) Ambassador to the WTO, told a Washington audience on Friday.

“If you look at who some of these countries are, though, it’s pretty amazing that they’re claiming to be developing countries at the WTO,” he said.

For example, 10 of the G-20 members claim developing country status at the WTO.

China, which is the second largest economy in the world, claims developing country status at the WTO, Shea said.

Five of the six countries with the largest GDP per capita claim developing country status at the WTO, he said during his appearance before the Center for Strategic and International Studies (CSIS), a top American think-tank.

US Trade Representative Bob Lighthizer, Shea said, raised that issue at the ministerial conference in Buenos Aries in December and has a real conversation going on at the WTO about whether there should be more differentiation among developing countries.

In July, he said, the US offered a paper on China’s economic model and the point of the paper was the economic model is essentially inconstant with the WTO norms.

Indicating tightening of the US approach against China, Shea said that the middle-of-the-road approach on some of the issues, particularly around China, is no longer viable.

“We really need to recognise that the economic system of China is not compatible with the WTO norms,” he said, asserting that other countries need to speak up on this.

The WTO, as currently constituted, is not equipped to handle the China issue.

“One of my jobs is to help educate the membership about the ramifications of China’s non-market economy, not just for the US, but for the WTO membership at large,” Shea said.

That is the reason why, he observed, the US submitted that paper on the Chinese economic model at the last general council meeting in July.

The US, Japan and the EU are now engaged in the trilateral process, in which they are looking at ways to share information.

“They’re looking at a number of areas. One on industrial subsidies and state-owned enterprises; another on the issue of forced technology transfer; and, the third issue on, you know, defining: what are the elements of a market economy? Can we have a common understanding of what a market economy is?” the top US trade official said.

Responding to a question, Shea said that in China, there is no independent judiciary, which can resolve disputes among stakeholders in China in impartial manner.

“Should China be kicked out of the WTO if the US loses?” he was asked. “You know, yes,” he answered.

“We are committed to the trilateral process. We’re working, hopefully we’ll develop a common understanding what new rules would look like with the EU and Japan, and then branch out from there.

“We are probably a little more skeptical about the viability of rules to actually significantly modify Chinese behaviour. But that does not mean we should not pursue this approach, which we are pursuing,” he added.