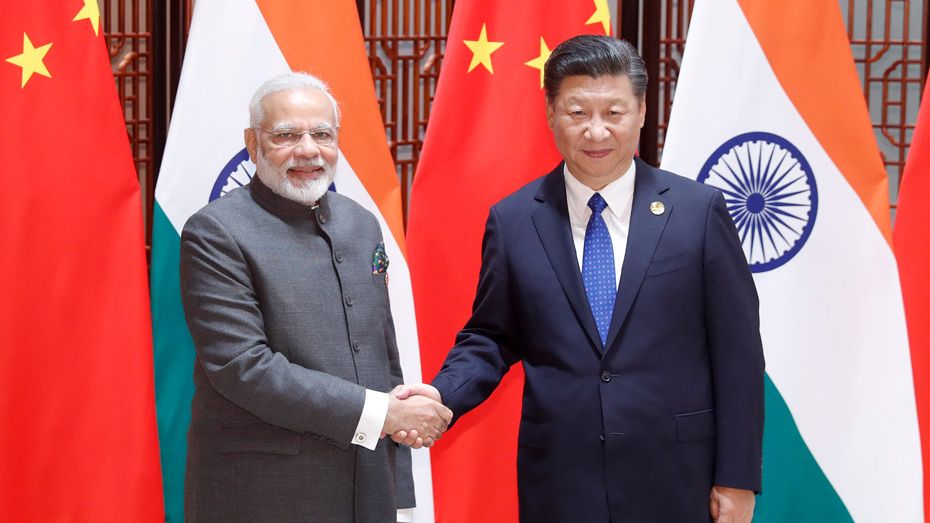 BEIJING: Describing Prime Minister Narendra Modi and President Xi Jinping as “good friends”, China on Monday hoped that the two leaders would discuss their respective trade frictions with the US and reach a consensus on opposing trade protectionism during their “very important” meeting this week on the sidelines of the SCO summit in Bishkek.

This year’s summit of the Shanghai Cooperation Organisation (SCO) will be held in the Kyrgyz capital of Bishkek on June 13-14 where Modi and Xi are scheduled to meet and discuss bilateral and international issues.

The meeting assumes significance as this is the first meeting between the two leaders after Modi-led BJP’s massive victory in the recent elections in India.

Xi had congratulated Modi on his re-election through a letter on May 23.

He said the Wuhan summit has provided strategic guidance for the development of India-China ties, paving the way for stable growth of China-India relations in the long run.

The April 27-28 Wuhan summit between Modi and Xi was largely credited to have turned around the bilateral relations soured by the 73-day Doklam standoff in 2017, triggered by Chinese troops’ attempt to build a road close to the Indian border in an area also claimed by Bhutan.

After the Wuhan summit, both the countries stepped up efforts to improve relations in different spheres including the military-to-military ties.

When asked about the meeting between the two leaders on the sidelines of the SCO summit, Zhang said, “While the details for the meeting are under discussion, I believe every bilateral meeting between President Xi and Prime Minister Modi is very important. From the Chinese side, we will make good perpetrations for the success of bilateral meeting.”

He also said the China-US trade war and the “spectre” of emerging trade frictions between the US and India could become important part of the discussions between the two leaders.

“Whether they will talk about trade fictions between China and the US and the spectre of trade frictions between the US and India, such things are not surprising. I believe this could become an important topic in his bilateral meetings with the related leaders,” he said.

The two countries have been in an escalating conflict over trade for the past year. The scope of the battle has expanded in recent months as Washington has tightened trade restrictions on Chinese telecoms giant Huawei.

Hopes for an imminent trade deal were shattered in May after the Trump administration more than doubled tariffs on USD 200 billion of Chinese imports and threatened additional duties.

US President Donald Trump is demanding China to reduce massive trade deficit which last year climbed to over USD 539 billion. He is also insisting on China to workout verifiable measures for the protection of intellectual property rights (IPR), technology transfer and more access to American goods to the Chinese markets.

Chinese officials hope that India, which is also facing trade frictions with the US specially over termination of its designation as a ‘beneficiary developing country’ under the Generalised System of Preferences (GSP), would join the fight against Trump’s protectionist policies.

“Trade protectionism and unilateralism are very much on the rise. How to respond to the bullying practices of the US, its practice of trade protectionism this is an important question not only to China, but also has direct bearing on the recovery of global economy,” Zhang said.

“So I would say it will be helpful if the two leaders could exchange views and we hope their communication will lead to extensive consensus on upholding justice and opposing trade protectionism,” he said.

“I hope with their cooperation, the two countries will not only enhance bilateral trade but also play an important role in promoting global economy,” he said.

Xi will exchange views with his foreign counterparts on bilateral and international issues as well, he said.