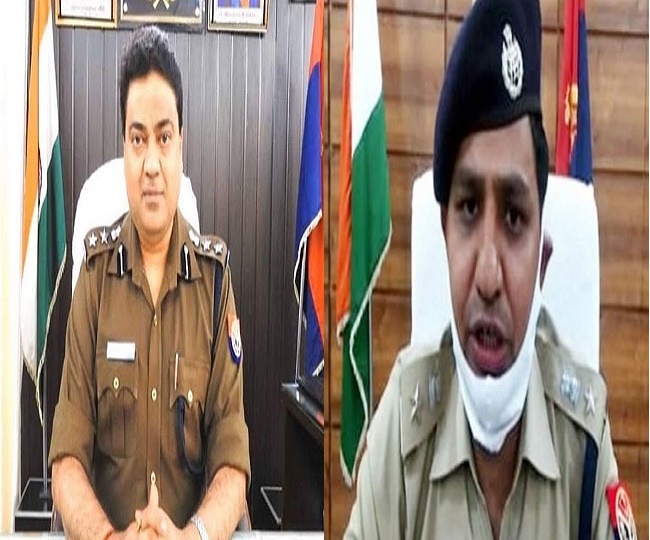 The Chief Minister has directed the UP DGP to investigate role of other policemen in these cases.

“The CM has directed a Vigilance probe into properties of the two officers,” a statement issued by the Home Department said.

A day after the suspension of Allahabad SSP Abhishek Dixit for failing to control crime and corruption, Mahoba SP Mani Lal Patidar was suspended on Wednesday with immediate effect by the state government on corruption charges.

Dixit was also charged with not following the instructions of the government/headquarters properly, a Home Department spokesperson had said.

Patidar has been accused by ballast transporters of demanding money from them for allowing the transportation of the material.

“SP Mani Lal Patidar had been illegally demanding money for plying vehicles engaged in ballast transportation. When his demand was not met, vehicle owners were harassed through police,” UP Additional Home Secretary Awanish Awasthi had said.

Action was taken against Patidar after businessman Indra Kant Tripathi sustained a bullet injury during an attack.

In a video, Tripathi had said that if he was attacked or killed, then Patidar and Suresh Soni should be held responsible.

Both Dixit and Patidar have been attached to the office of the UP”s director general of police for the period of their suspension.

The spokesman said altogether nine policemen have been suspended in Allahabad on charges of laxity in controlling law and order.