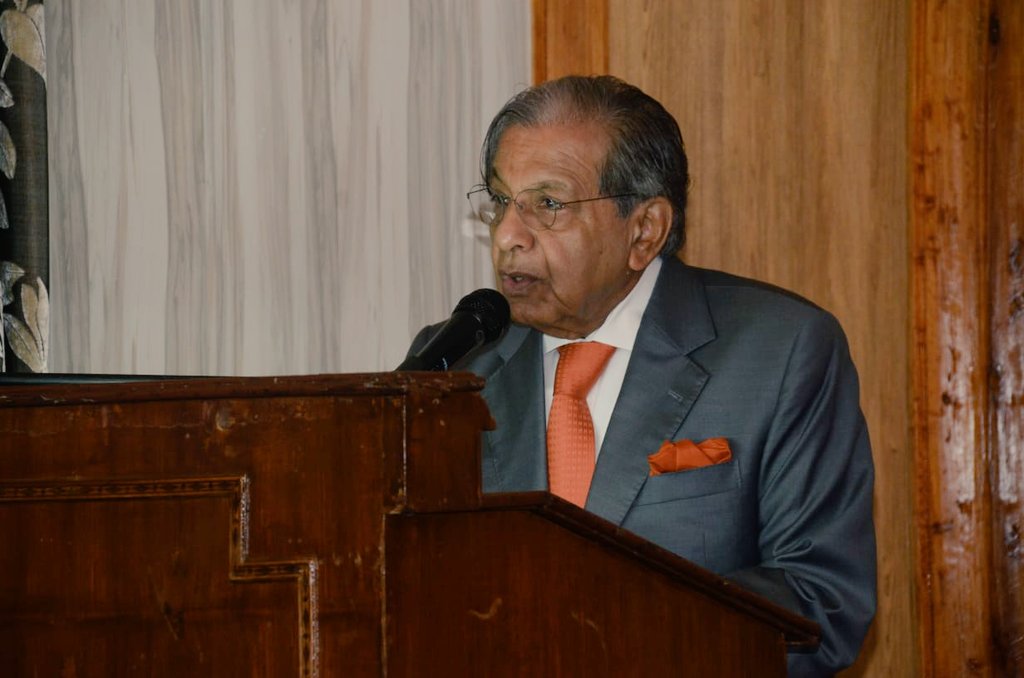 During the course of their visit to Meghalaya, the 15th Finance Commission held a meeting with the Chief Minister, Cabinet Ministers and Senior Officers of the Government of Meghalaya to discuss the different aspects of the State’s finances. #XVFCinMeghalaya pic.twitter.com/DatUbk21ZA

Some of the main issues discussed includes –

Own tax revenue- Own-tax revenue of Meghalaya as % of GSDP is 4.38% in 2016-17 (average for North-East & hill states is 5.02%). Dependence on Union Government is high. Meghalaya gets 80% of its Total revenue receipts (TRR) comes from Union.

NGT’s ban on mining of coal in Meghalaya: In 2014, a ban was imposed on coal mining in the State by NGT. This had an impact on GSDP and revenues of the State:

As Mining has huge forward and backward linkages with other economic activities, the real GSDP of the State declined in 2014-15 by 2.1%.

This had an impact on the employment in the State. An increase in crime rate was also observed.

A loss of Rs 255 crores is seen in year 2014-15 which is mainly on account of ban on coal mining. The State Govt. has estimated a total annual revenue loss of Rs 600 crores as a fall was seen in OTR (sales tax, excise etc) as well. This is due to significant forward and backward linkages. (Source: State Memorandum). However, with the introduction of GST and general improvement in the economy the taxation revenue of the State has since improved slowly.

Cash deposit ratio: Cash-Deposit ratio in Meghalaya has been only 35-40% over last 10 years while that of the country is 60%.

SDG rank: Meghalaya ranks 22nd on all SDGs (Sustainable Development Goals). The composite SDG index of Meghalaya is calculated by Niti Aayog to be 52 which is lower than India’s composite index of 56. Assam is the only North-East and Hill State which is ranked below Meghalaya.

Out of 15 SPSUs in the state, only one SPSU (Forest Development Corporation Meghalaya Limited) witnessed accumulated account of profit at the end of year 2016-17. This distress is aggravated by the power sector SPSUs in the state. The power sector SPSUs bear an accumulated loss of Rs1836 crores, which is 6.5 percent of GSDP. However, six SPSUs including one power sector SPSU have shown account of profit in the year 2016-17 which comes as the only positive indicator from SPSUs. This dismal performance of SPSUs brings medium term fiscal risks for the state of Meghalaya.

Some of the major requests of the State are:

Vertical devolution may be enhanced from 42% to 48%. 30% out of the 48 % should be exclusively earmarked for special category states in order to insulate them from the volatility of the union revenue and economy of the country that can have an impact on its revenue collection.

Meghalaya has projected a pre-devolution deficit of its State to be Rs 62,870 crores for the award period of FC-XV.
The Commission further had discussions on the matters of the impact of the implementation of the 5th Pay Commission, the debt liabilities due to the impact of UDAY. Discussions also included impact of the State of Meghalaya hosting the 39th National Games in 2022 as it celebrates the Golden Jubilee of its Statehood on that year. This will be a challenging task involving building up of infrastructure and mobilizing of sufficient resources to fund the projects and activities, it was felt.

Summing up the intensive interaction with the State Government, the Chairman spoke on the macro-economic challenges of the State, stressing on the requirement of fiscal and debt consolidation. He expressed concern on the State’s nominal GSDP trend growth which is much lower than the country’s. The Chairman spoke on the need for a focused and aggressive strategy for attracting private investment in the tourism and allied sector. He also called for emphasis and priority on development of renewable energy – given the natural advantages of the State. The Commission promised to look into all the State’s requests to the Commission specially those that would have growth multiplier effect.

Last evening the Commission had held a meeting with the representatives of all political parties of the State. Without difference all party representatives highlighted the issues of infrastructure, problems being faced by the State, specially in the areas of road congestion in the city of Shillong, lack of schools and hospitals, availability of trained teachers and doctors in rural areas, lack of access to border trade and other significant issues. The party representatives belong to the following parties –