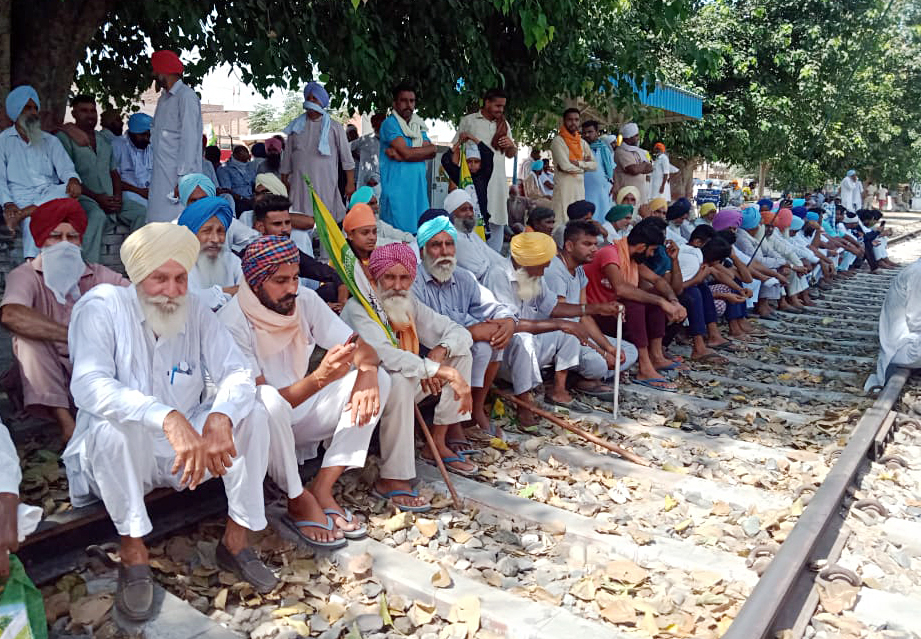 NEW DELHI: The farmers’ agitation that started in Punjab, Haryana and Rajasthan and which still remains largely active in Punjab, against the contentious agri Bills, has resulted in a revenue loss of rs 891 crore, for the Northern Railways, till November 19, IANS has learnt. The total loss in earnings for the Indian Railways has been a whopping Rs 2220 crore.

The revenue loss has been in fact Rs 825 crore for 55 days, with effect from September 24, which goes up due to cancellation of passenger trains, which cost the Railways an additional Rs 67 crore as farmers were squatting on the rail tracks to register their protest.

The loss of the Northern Railway originating earnings which was computed to be Rs 14.85 crore per day which was based on 40 rakes of loading per day.

The freights have been massively affected due to the agitations. For the inward traffic, there was an average loss of 30 rakes per day and the outward loading affected in the Punjab area stands at 40 rakes per day. A total of 3850 freight trains could not be loaded.

Meanwhile, there have been a total of 230 rakes held up outside, loaded for Punjab. 78 of them are of coal, 34 of fertilizer, 8 of cement. 102 are containers, steel and other commodities.

There are 22 rakes that are stuck in different parts of Punjab. A total of 96 locos too are stuck in the state.

There have been a total of 2352 cancellations or diversions of trains.

India woke up on September 25 with farmers up in arms across the nation against the contentious agri Bills passed in the monsoon session of Parliament.

While Punjab and Haryana took the lead, no other state could match their spirit. In fact, in Karnataka farmers’ protests elicited lukewarm responses. In Delhi and western Uttar Pradesh, police and paramilitary forces were ready to deal with any eventuality at the borders.

But two months down the line, it’s the Punjab farmers who are still continuing their agitation demanding withdrawal of the agri bills. The protests are largely against three bills that were passed by Parliament in the monsoon session — The Farmers’ Produce Trade and Commerce (Promotion and Facilitation) Bill, 2020, The Farmers (Empowerment and Protection) Agreement on Price Assurance and Farm Services Bill, 2020, and the Essential Commodities (Amendment) Bill.