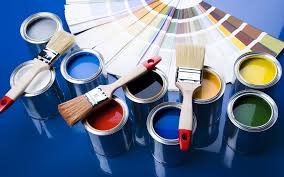 NEW DELHI: The Aditya Birla Group has said it will set up a paint unit in West Bengal at an investment of around Rs 1,000 crore, and it will be comissioned in the next 18-24 months.

In a recent letter to Chief Minister Mamata Banerjee, the conglomerate had expressed interest to establish a paint manufacturing unit in the state, following which three representatives of the group met Chief Secretary H K Dwivedi on Thursday afternoon, officials said.

The group has requested for allotment of land for a decorative paint unit with backward integration on 80 acres of land at Vidyasagar Park in Kharagpur, they said.

Reacting to the development, West Bengal Industry Minister Partha Chatterjee said it is a good sign that the process of industrialisation is gaining pace in the state under the leadership of Mamata Banerjee.

The investment promotion board that was recently formed by the state government will help in better coordination among the departments and accelerate the pace of industrialisation, he said.