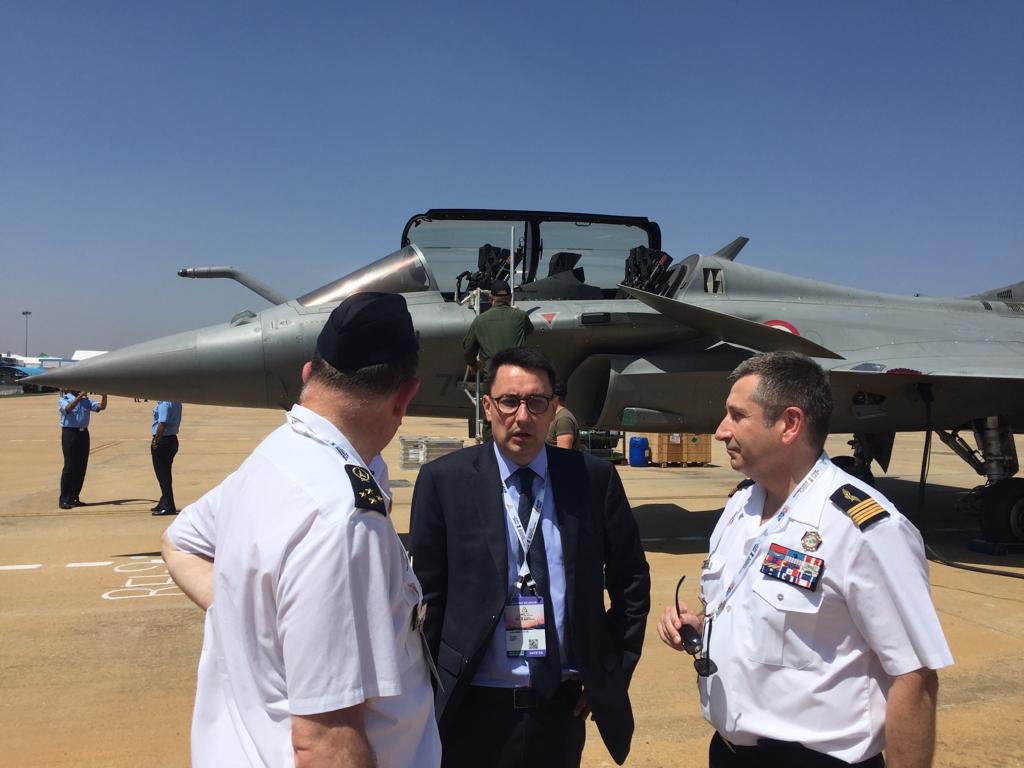 BENGALURU: Political row hit Rafale jet was the cynosure of all eyes as the breathtaking display of manoeuvres by military aircraft and the aerobatic team cast a spell at Aero India, Asia’s premier air show here on Wednesday.

The city’s skies dazzled with somersaults and stunts by the metal birds, which also paid tributes to the Surya Kiran aircraft pilot killed in a mishap during rehearsal on Tuesday.

The might of the Rafale jet was in full flow as it roared into the skies at the Yelahanka air base, the venue for the event, giving a dazzling display with breathtaking manoeuvres. The Rafale aircraft flew at low speed to pay tribute to Wing Commander Sahil Gandhi who died in a mid-air collision between two aircraft of IAF’s aerobatics team ‘Surya Kiran” during rehearsal on Tuesday.

Three Rafale jets have landed in Bengaluru for Aero India- two for flying and one on static display. Rafale has been participating in Aero India shows since 2011. India has signed an Inter-Government Agreement with France to purchase 36 Rafales– to form two squadrons. Congress president Rahul Gandhi has been carrying on a sustained campaign against the Modi government on Rafale, accusing it of favouring Anil Ambani’s firm as an offset partner and saying it was crony capitalism.

The Comptroller and Auditor General (CAG) report tabled in Parliament recently revealed that the Rafale deal negotiated by the NDA government to procure 36 fighter jets was 2.86 per cent cheaper than the UPA’s 2007 offer. The Jaguar, Tejas and Sukhoi 30 aircraft flew in the ‘missing man’ (aerial salute) formation in honour of Gandhi.

Enthralling stunts were performed by Sarang aerobatics teams with Daredevil crosses and spins, that has been the mainstay of Aero India for many editions. The air display began with vintage Dakota aircraft, followed by formations of Advanced Light Helicopter (ALH) Dhruv and Light Utility Helicopter, DO-228, Hawk and HTT40 aircraft.

On static display among other things at the air show are HAL’s Light Utility Helicopter(PT-1), Light Combat Helicopter (TD-2), Advanced Light Helicopter (Rudra) and ALH MICU (Medical Intensive CareUnit). The Aero India official website said a total of 61 aircraft would be on display and 403 exhibitors would be part of the show.