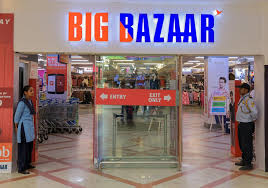 NEW DELHI: As a Singapore arbitration court has temporarily halted the acquisition process of Future Group’s retail business by Reliance Retail, there has been speculation over what happens to Future Retail if the deal does not actually go through.

Future Retail’s representative told the arbitration panel that if the deal with Reliance Retail fails, then the company would go into liquidation. The closure of the company would lead to over 29,000 job losses, the company’s counsel said, according to the order copy.

Futures Retail, however did not respond to a query on the matter from IANS.

Sector experts too are of the view that if the acquisition of the company does not go through, then it may have to wind up its operations or go for bankruptcy.

Arvind Singhal, Chairman of Technopak Advisors said: “On the face of it, this seems stands to be a correct statement. The liabilities of Future are so large that you are looking at around Rs 25,000 crore of payment being in the line.

“If this was not for Covid, then in any case, many of the lenders would have invoked not only all the personal guarantees given by the promoters, including their pledges, but many of the creditors would taken the company to the NCLT.”

In an interim order on Sunday, V.K. Rajah, the arbitrator directed the Kishore Biyani-led Future Retail not to proceed with the deal with Reliance Retail for now.

Future Group is likely to approach an Indian court in the matter. Indicating that the matter should not have been dealt with by an overseas arbitration court, Future Retail said that all the relevant agreements are governed by Indian law and provisions of the Indian Arbitration Act for all intents and purposes and “this matter raises several fundamental jurisdictional issues which go to the root of the matter”.

According to Future, the order will have to be tested under the provisions of Indian Arbitration Act in an “appropriate” forum.

Future Group faced mounting debt and was scouting for buyers for its massive retail business till Reliance Retail Ventures Ltd (RRVL), a subsidiary of RIL, in August announced that it will acquire the retail, wholesale, logistics and warehousing business from the debt-laden group as a going concern on a slump sale basis for lumpsum aggregate consideration of Rs 24,713 crore, subject to adjustments as set out in the composite scheme of arrangement.

Earlier this month, Amazon said that Future Group violated a contract with it by entering into the sale agreement with the Mukesh Ambani-led retail major.

This battle seems to be turning into major war between two of world’s richest tycoons, Jeff Bezos and Mukesh Ambani.