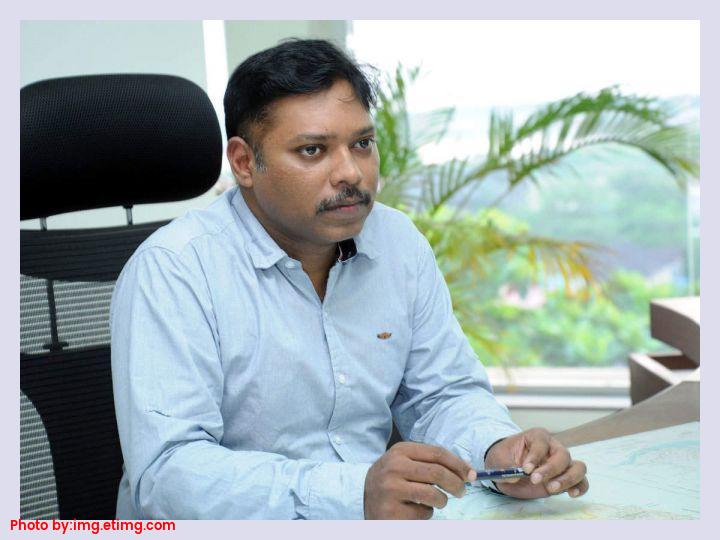 NEW DELHI: A sacked Indian Administrative Service (IAS) officer Rajesh Kumar Singh has surfaced after 17 years to claim his job and get the dismissal order revoked.

Singh was in the USA when he was dismissed from the service in 2003 for staying absent for more than five years. He had gone to the USA on study leave in 1996 and didn’t return.

According to sources, Singh, a professor at the department of economics of the Iowa State University in the USA, has made presentation before Prime Minister and moved the Central Administrative Tribunal (CAT) to reclaim his job, pleading to have been wrongly dismissed from the service.

The Prime Minister rejected his memorial (representation) and the CAT, last month, dismissed his plea for reinstatement by revoking the sack order.

“Singh was sharp, articulate and innovative,” recalls one of his batchmates, who retired two years ago. His batchmate also said no one knew where he was all these years.

Singh applied for two-year study leave on August 12, 1996 to pursue Ph.D in economics at the University of California. He didn’t return after the expiry of two years and made an special leave application for extension of leave up to August 12, 2001, which was sanctioned.

When UP was divided, he was transferred to the Uttarakhand (earlier known as Uttaranchal) cadre. He again applied for leave up to December 31, 2001, which was sanctioned.

However, when he sought another 6-month extension of leave — till June 30, 2002 — his plea was rejected and he was asked to join the service, which he didn’t.

On February 4, 2002, then Additional Secretary of Uttarakhand Surendra Singh Ravat had written to the Ministry of Personnel, Public Grievances and Pension apprising it about Singh’s case and his fresh leave request.

The letter accessed by IANS stated: “Singh has sought permission for 6 months’ leave again till June 30, 2002. It is stated in this respect that Shri Rajesh Kumar Singh has taken up job/service somewhere. If it is so, the copies and rules/government order be provided to the government of Uttaranchal in this regard to know what penalty attracts against him.”

The Ministry in reply to the Uttarakhand government directed for issue of a show cause notice. The reply stated: “Shri Rajesh Kumar Singh’s case is covered under Rule 7(2) of All India Service (Leave) Rules, 1955. Shri Rajesh Kumar Singh may be issued a show cause notice as to why he should not be deemed to have resigned from service under the provisions of above mentioned rule.”

According to rule 7(2) of All India Service (Leave) Rules 1955, unless the central government in view of the special circumstances of the case, determines otherwise, a member of the service who remains absent for more than five years, whether with or without leave, shall be deemed to have resigned from the service.

Accordingly, a show-cause notice was issued to Singh on July 10, 2002. He didn’t respond. Another notice was issued against him on September 28, 2002. To which, he addressed a hand-written letter in Hindi, dated October 31, 2002, claiming prior to submission of the leave application on July 18, 2001, he had joined services on July 17, 2001 and had met then Chief Secretary Rakesh Sharma and applied for extension of leave.

That was the last communication from him.

The Uttarakhand government carried out an enquiry since Singh claimed he reported to duty to Sharma. The government checked with Sharma through a letter December 31, 2002. Sharma replied on March 7, 2003 that to the extent he could recollect, Singh had met him on July 17, 2001 for sanction of earned leave from July 18, 2001 to December 31, 2001. Sharma said he was not aware of Singh’s joining and suggested check of records. After verification of the record, the government found that Singh had not joined the service on July 17, 2001.

The state government submitted a detailed enquiry report on May 19, 2003 to the Ministry informing Singh that there was nothing to substantiate his plea that he reported to duty on July 17, 2001. On the same day, he was dismissed from the service.

“The President deems resignation from service of Shri R.K. Singh, Indian Administrative Service, Uttaranchal Cadre (1984), with immediate effect under Rule 7 (2) of All India (Services) Rules, 1955,” the notification, dated May 19, 2003, read.

Singh resurfaced in 2017 and made a presentation before the Prime Minister, which was rejected. Then he filed a plea at CAT and contended he had reported for duty to the Uttarakhand Chief Secretary on July 17, 2001, submitted the joining report, and an application, dated July 18, 2001, for sanction of leave up to December 31, 2001.

Last month, the CAT dismissed his plea saying: “It’s just unimaginable that joining of such an officer could take place as though it’s withdrawal of money from ATM. Even when an employee in the lowest of the administration goes on leave for few months, his re-joining is conditional on fulfilling so many requirements.”

When IANS checked with his counsel Anamika, she refused to comment on the issue. Singh has not yet responded to IANS queries whether he would file an appeal in higher courts or not.