Ayodhya to be developed as a Spiritual Centre, Global Tourism Hub and a sustainable Smart City 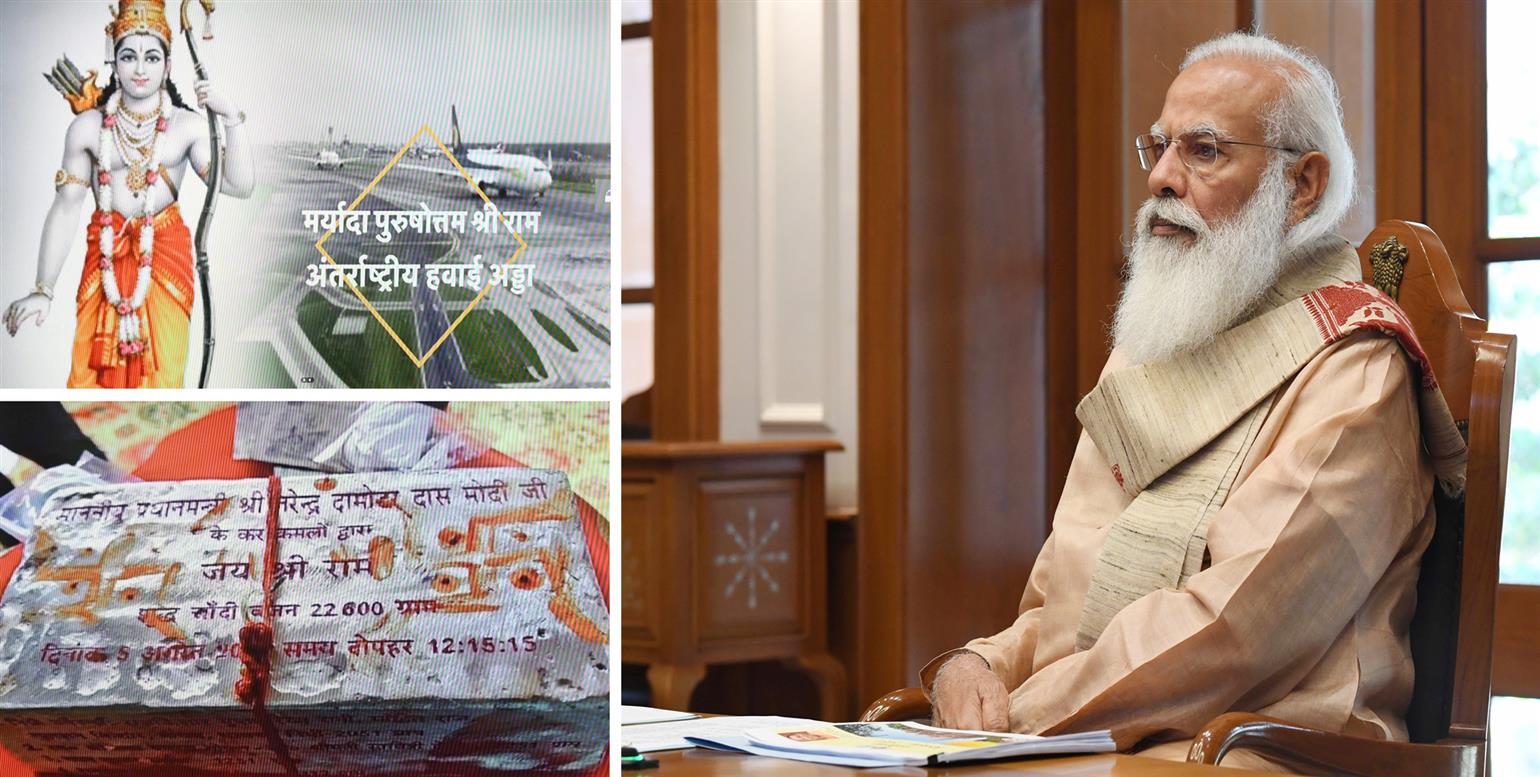 Ayodhya to be developed as a Spiritual Centre, Global Tourism Hub and a sustainable Smart City

Ayodhya’s development is being envisaged as a Spiritual Centre, Global Tourism Hub and a sustainable Smart City.

An upcoming Greenfield township was discussed which includes lodging facilities for devotees, space for Ashrams, Maths, Hotels, Bhavans of various states. A tourist facilitation centre, a world class museum will also be built.

Special attention is being devoted to development of infrastructure around the Saryu river and its ghats. Cruise operation on the Saryu river will also be made a regular feature.

The city will be developed to ensure sustainability with adequate spaces for cyclists and people on foot. Traffic management will also be done in a modern manner using Smart City infrastructure.

PM described Ayodhya as a city that is etched in the cultural consciousness of every Indian. Ayodhya should manifest the finest of our traditions and the best of our developmental transformations.

Ayodhya is both spiritual and sublime. The human ethos of this city must be matched by futuristic infrastructure, which is beneficial for everyone including tourists and pilgrims.

PM said that the coming generations should feel the desire to visit Ayodhya at least once in their lifetime.

PM pointed out that developmental works in Ayodhya will continue in the foreseeable future. At the same time, the momentum towards heralding Ayodhya to this next leap of progress must begin now. It is our collective endeavour to celebrate the identity of Ayodhya and keep its cultural vibrancy alive through innovative ways.

PM said that the way Lord Ram had the ability to bring people together, the development works of Ayodhya should be guided by a spirit of healthy public participation, especially by the youth. He called for the skills of our talented youngsters to be leveraged in this development of the city.

UP CM Shri Yogi Adityanath, Deputy CM Shri Keshav Prasad Maurya, Deputy CM Shri Dinesh Sharma and various other ministers of the UP Government were present in the meeting.