B K Sharma becomes head of police force in Odisha 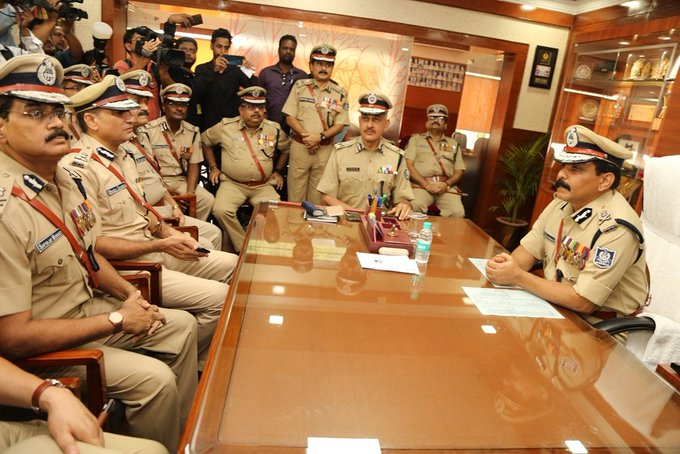 B K Sharma becomes head of police force in Odisha

NEW DELHI: The Odisha government on Wednesday appointed IPS officer B K Sharma as the Head of Police Force and given full additional charge as the Director General of Police (FGP), official sources said.

The state government’s move came a day after incumbent DGP, R P Sharma, revealed about his appointment as a non- judicial member of the Lokayukta, the anti-corruption watchdog that became functional in Odisha from April 8.

Bijay Kumar Sharma, a 1986 batch IPS officer, is presently working as the DG Fire Service, Commandant General of Home Guards and Director, Civil Defence. He had officiated as the DGP in April this year when R P Sharma was on leave for 10 days.

Odisha Governor Ganeshi Lal on Tuesday approved R P Sharma as a non-judicial member of the Lokayukta following recommendation of the selection committee.

R P Sharma on Tuesday said, “There is a process and a notification will be issued in this regard. I will join only after the formal notification.”

His application for voluntary retirement from the service has also been accepted by the state government, a source in the home department said on Wednesday.

Sharma has had a distinguished career in the Indian police spanning over 33 years in both state and the Centre. Sharma belongs to Baripada in Mayurbhanj district, where he did his schooling and college education. He has successfully served as SP of Sundargarh, Phulbani, Sambalpur and Khurda (Bhubaneswar).

The senior IPS officer has also served in the CBI for seven years (1999 to 2006) during his Central deputation. He was the Twin-city Police Commissioner for four years (May 2008 to May 2012). He played a pioneering role in building the entire organisational structure of the Commissionerate System, including creating the new regulatory structure and court systems.