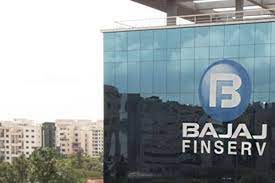 NEW DELHI: Bajaj Finserv Ltd on Wednesday reported an over 31 per cent decline in consolidated net profit at Rs 833 crore for the first quarter ended June 2021.

The company had reported a net profit of Rs 1,215 crore in the same quarter of the preceding fiscal.

Bajaj Finserv said its loan losses and provisions for the quarter, including expected credit loss, was raised to Rs 1,750 crore as against Rs 1,686 crore in the year-ago period.

BAGIC results include pre-tax impact of COVID-19 claims of Rs 283 crore in the reported quarter against Rs 14 crore in the year-ago period, it added.

The post-tax impact on BFS Q1 FY22 profit is Rs 157 crore. BALIC’s results include pre-tax impact of the pandemic claims of Rs 288 crore as against Rs 1 crore a year ago.

Separately, Bajaj Finserv said its board of directors has approved investment of Rs 342 crore in Bajaj Finserv Direct Limited, a wholly-owned subsidiary of the company.