Be large-hearted, give credit to central schemes instead of hijacking them: JP Nadda tells Naveen Patnaik 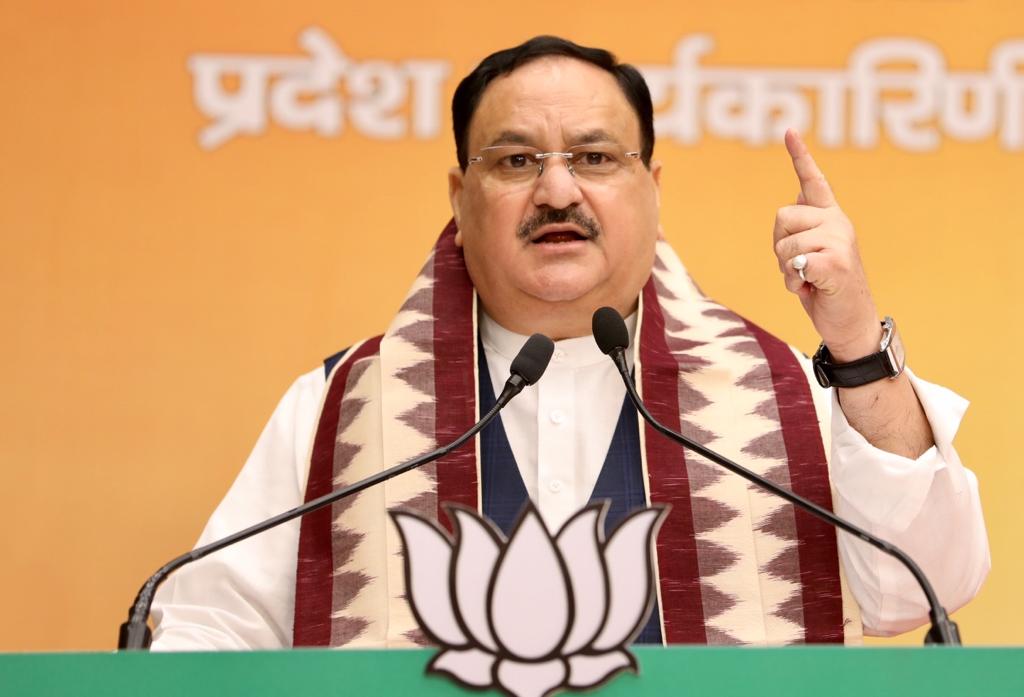 Be large-hearted, give credit to central schemes instead of hijacking them: JP Nadda tells Naveen Patnaik

BHUBANESWAR: BJP President J P Nadda on Saturday said Odisha Chief Minister Naveen Patnaik should be “large-hearted” to give credit to the Centre for its welfare schemes, which were being “hijacked” by the BJD government in the state.

Nadda said he has received reports of the state government inserting its logo on central schemes like the Pradhan Mantri Awas Yojana.

The BJP chief also came down heavily on the Odisha government for not adopting the Ayushman Bharat Yojana, which he said would benefit around 2.40 crore poor people of the state.

Those people could not avail the Rs 5-lakh medical coverage because of the BJD government’s refusal to adopt the scheme, he said.

“It has been two years since the Ayushman Bharat Yojana was introduced, but it has not been implemented in Odisha. Naveen Babu, please do not become a hurdle for the poor, who face difficulties in getting proper healthcare services,” Nadda said, addressing the party’s state executive meeting through video conference.

“The state government is there to look after your (Patnaik’s) health issues. But, what about the poor and needy who suffer from different deadly diseases like cancer? I appeal to you to adopt the Ayushman Bharat scheme,” he said.

Prime Minister Narendra Modi is committed towards the development of Odisha and has sanctioned several projects for the state and its people, the BJP president said.

“I am informed that the state government is taking credit for central schemes like the Pradhan Mantri Awas Yojana (PMAY) by putting its logo on the housing projects. This is not fair to deny credit to the Centre, which funds such schemes,” Nadda said.

He further said there were reports of corruption in the implementation of the PMAY in the state, reiterating that politics should not come in the way of Implementing programmes meant for the poor.

“We have been in politics for decades, but never seen such kind of central funding to states to the tune of thousands of crores. The states should also give credit to the Centre for that,” he said.

Nadda said the people of Odisha have recognised BJP’s contributions and that is why it emerged as the state’s main opposition party.

Nadda also asked BJP state president Samir Mohanty to prepare a plan for the ensuing urban polls in the state.

“Days are not far when we will form the government in Odisha. We take a vow to achieve this,” the BJP chief added.