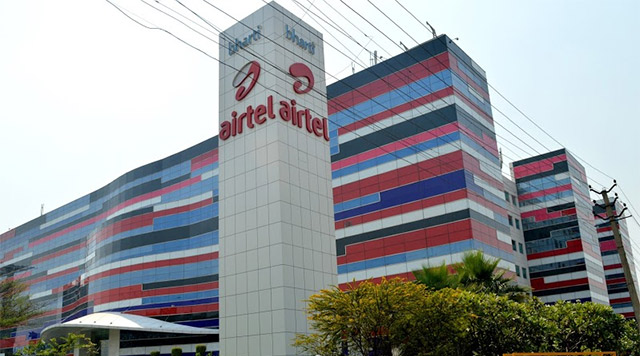 NEW DELHI: Telecom operator Bharti Airtel on Monday posted a surprise net profit of Rs 107.2 crore for the fourth quarter ended March 31, a growth of 29.3 per cent over the year-ago period, on the back of exceptional gain of Rs 2,022 crore.

The company’s revenue for March quarter was up 6.2 per cent year-on-year to Rs 20,602.2 crore, as per a regulatory filing by the firm.

The telecom sector has been battered by falling tariffs, eroding profitability, and towering debt, in the face of stiff competition triggered by disruptive offerings of Reliance Jio, owned by richest Indian Mukesh Ambani.

The relentless tariff war that ensued after Jio’s entry into the telecom sector with free voice calls and SMS, bundled with cheap data has led to pressure on margins of older operators that have scrambled to match the competition.

Airtel shares ended at Rs 333.40 apiece on the BSE, up 0.69 per cent over the the previous closing. The results were announced after the market hours.

Bharti Airtel is in the midst of Rs 25,000 crore rights issue, which is slated to close on May 17.