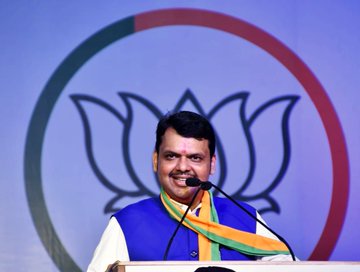 NEW DELHI: Maharashtra Chief Minister Devendra Fadnavis said on Friday that if the BJP is voted to power in the Assembly polls again, it will change the face of the state in the next five years through development.

Fadnavis was in Nagpur as part of his month-long ‘Maha Janadesh Yatra’, which began from Amravati on Thursday.

As part of the yatra, he held a roadshow in Nagpur on Friday, which started from Wardha Road and culminated at Katol Road.

Speaking at different points on route, the chief minister said that the aim of the yatra is to give an account of the development brought by the BJP-led government in the state in the last five years.

“Through this yatra, I am seeking people’s blessings as well as their mandate. We have worked for bringing change in the state and in the next five years, we will change the face of Maharashtra,” Fadnavis said.

The state will go to polls in September/October this year.