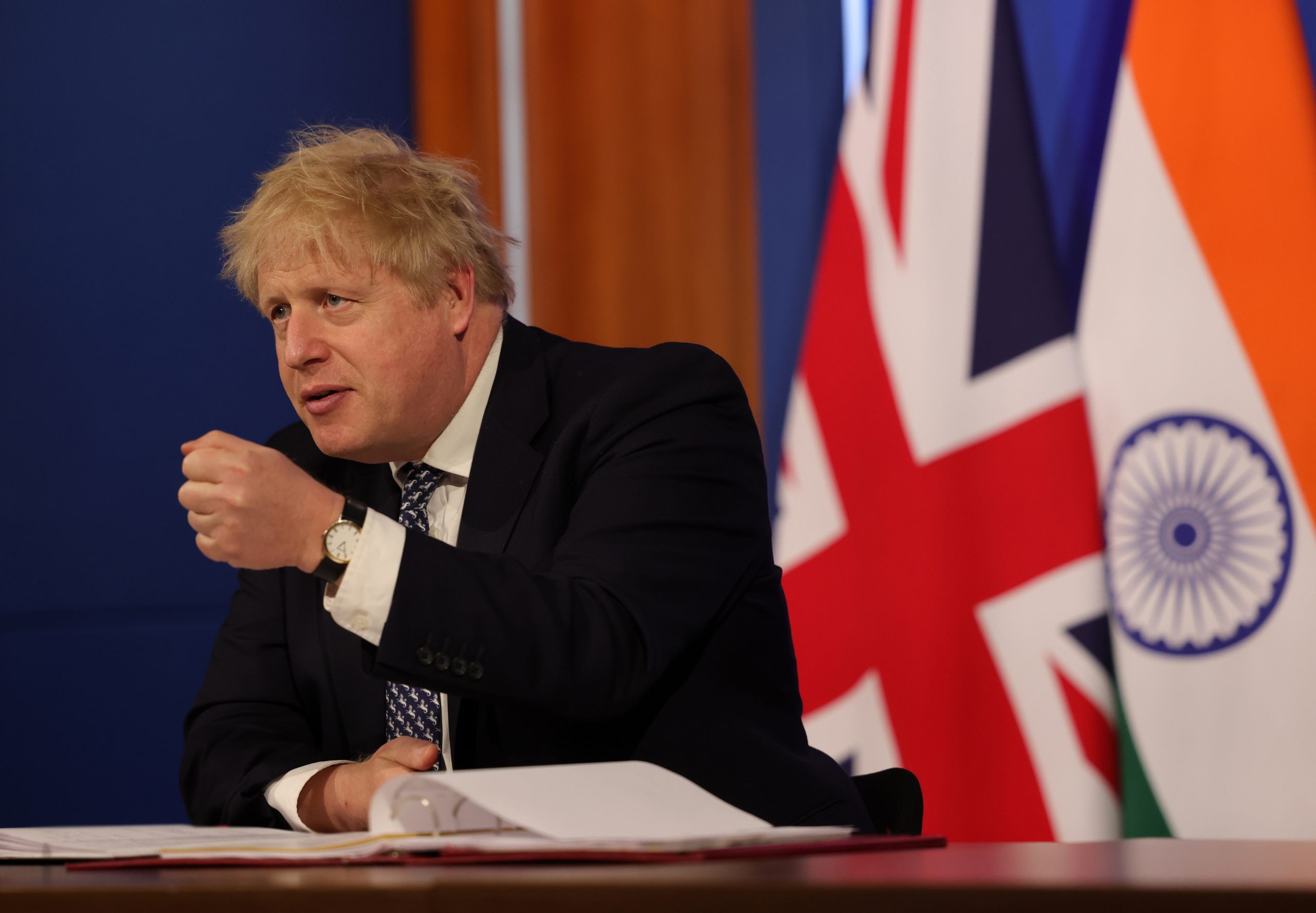 NEW DELHI: British Prime Minister Boris Johnson is facing new allegations on Monday around partygate, the scandal surrounding government officials breaching coronavirus rules with illegal lockdown gatherings, and will be hoping to escape some of the heat when he leaves for India on Thursday.

This week I’ll be travelling to India, to deepen the long-term partnership between our countries.

As we face threats to our peace and prosperity from autocratic states, it is vital that democracies and friends stick together. 1/3 pic.twitter.com/Dw1yZQq6UG

Johnson has already been fined for one such party, for his birthday in June 2020, when his wife Carrie brought a cake to the Cabinet Room and has also been fined along with UK Chancellor Rishi Sunak.

However, according to UK media reports, Johnson is believed to have been linked with around six out of the 12 lockdown parties under police investigation.

The Sunday Times’ quoted a source as saying that a leaving drinks gathering for Number 10 Downing Street’s outgoing director of communications, Lee Cain, in November 2020 was allegedly “instigated” by Johnson.

“He said he wanted to say a few words for Lee and started pouring drinks for people and drinking himself. He toasted him,” the source was quoted as saying.

It has led to renewed Opposition calls for Johnson, 57, to step down. Labour Party Deputy Leader Angela Rayner said that “if the latest reports are true”, it means “not only did the Prime Minister attend parties, but he had a hand in instigating at least one of them”.

Rayner accused him of deliberately misleading the British people at every turn.

She added: “While the British public was making huge sacrifices, Boris Johnson was breaking the law.

“The Prime Minister has demeaned his office. The British people deserve better. While Labour has a plan for tackling the cost-of-living crisis, Tory MPs are too busy defending the indefensible actions of Boris Johnson.”

While Downing Street has maintained it would not comment on the issue until Scotland Yard’s investigation into the matter is concluded, Johnson will be hoping to deflect attention from the issue when Parliament returns after its Easter recess on Tuesday with other pressing matters.

The conflict in Ukraine and his scheduled two-day visit to India, starting with Gujarat on Thursday, will be among the issues he is expected to focus on in Parliament.

As we face threats to our peace and prosperity from autocratic states, it is vital that democracies and friends stick together. India, as a major economic power and the world’s largest democracy, is a highly valued strategic partner for the UK in these uncertain times, Johnson said, ahead of his visit from April 21 to 22.

My visit to India will deliver on the things that really matter to the people of both our nations from job creation and economic growth, to energy security and defence, he said.

The visit this week, Johnson’s first as UK Prime Minister, will begin in Ahmedabad on Thursday with investment announcements in key industries in both the UK and India.

He will then proceed to New Delhi to meet Prime Minister Narendra Modi on Friday, when the focus will be on India-UK strategic defence and diplomatic and economic partnership. According to officials on both sides, Johnson will also use his India visit to drive progress in the ongoing Free Trade Agreement (FTA) negotiations launched earlier this year.