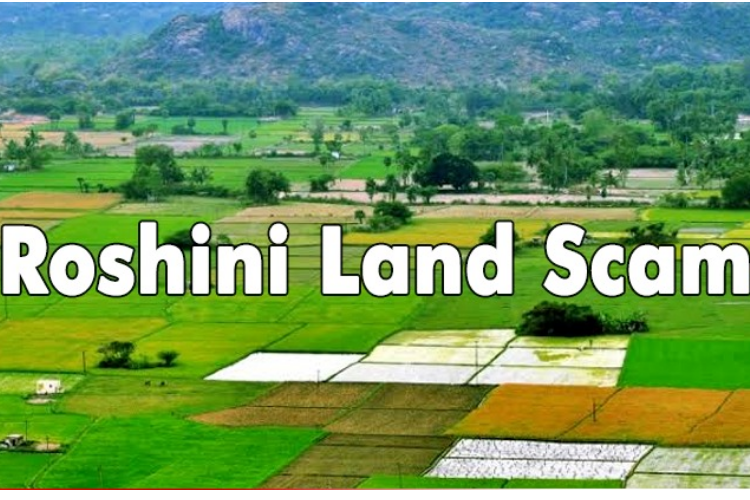 NEW DELHI: The Central Bureau of Investigation (CBI) has registered two more FIRs linked to the Rs 25,000-crore Roshni land scam against the Revenue Department officials and others in Jammu and Kashmir (J&K), taking the total number of cases to seven so far.

The probe agency took over these cases in pursuance to the J&K High Court’s order.

According to CBI officials, in one of the cases, the agency has booked Sajad Parvez besides unknown Revenue officials.

According to the FIRs, in April 2007 an empowered committee under the now repealed Roshni Act had granted ownership rights of State land measuring seven ‘kanals’ and seven ‘marlas’ to Parvez under the commercial category, at the rate of Rs 45 lakh per ‘kanal’.

The FIR stated that a vigilance inquiry later found that under the Roshni Act, Parvez was not an occupant and could not have been given the ownership rights.

He was only an authorised agent of the original occupants, Ashok Sharma and Bipan Sharma, by virtue of a special power of attorney. “Despite this, the empowered committee allowed his proprietorship,” the vigilance inquiry report said, adding that a ground report and the site plan clearly showed that out of the leased land, a portion was hit by the Ribbon Development Act.

“This fact was not taken into account,” it said.

The CBI FIR stated that the empowered committee in its meeting on April 28, 2007, decided the case under the commercial category. “However, the subsequent committee, while acting on the complaint of the beneficiary, changed the category to residential in August that year. It did not determine the nature of land usage from field officials,” it said.

In the case of adjoining properties, the empowered committee had fixed a rate of Rs 65 lakh per ‘kanal’. Therefore, it is alleged that the land given to Parvez could have fetched about Rs 2.15 crore to the exchequer under the commercial category, instead of a little over Rs 1.17 crore paid by the beneficiary.

“Thus, the Revenue officials caused a loss of close to Rs 97.7 lakh to the exchequer,” the FIR said.

The CBI filed the second FIR against unknown public servants and others pertaining to the instances where proper procedure was not adopted while disposing off cases of illegal occupants for vesting ownership in Srinagar.

In many cases where the recovery rates had been fixed by the competent authority, they were not remitted to the exchequer. In a particular case, the ownership was given at the rate of Rs 48 lakh per ‘kanal’, whereas the then prevailing market rate was Rs 70 lakh, the FIR stated.

In March 2014, the Comptroller and Auditor General (CAG) report was placed in the assembly of the erstwhile state of J&K and it mentioned that land sold to private owners between 2007-13 managed to earn just Rs 76 crore instead of Rs 25,448 crore which was the target set by the state government, thus defeating the purpose of the Roshni Act.

The CAG in its report had noted that though the state had lost considerable area of land but the principal objective of the Roshni Act that of raising investment in the power sector has not been achieved.

The Jammu and Kashmir State Lands (vesting of ownership rights to the occupants) Act or Roshni Act was passed by the then state assembly in November 2001 and it was enacted in March 2002. The idea was to sell state land to private owners so that funds can be generated for hydropower projects.

The Act saw two amendments in 2005 and 2007. In December 2018, the then J&K Governor Satya Pal Malik had repealed the controversial Act.