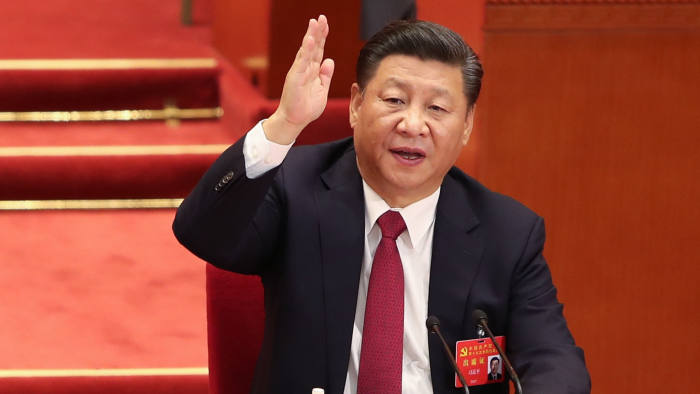 BEIJING: Chinese leader Xi Jinping condemned unilateralism, protectionism and extreme egoism in a jab at the United States made during a rally Friday to mark the 70th anniversary of China’s entry into the 1950-53 Korean War.

China refers to the conflict, in which it sent troops to aid North Korean forces against a United Nations coalition led by America, as the War to Resist U.S. Aggression and Aid Korea.

Although fighting ended in a stalemate, the war established China as a major player on the world stage and Friday’s commemorations closely fit with Xi’s drive to promote patriotism and the unquestioned leadership of the ruling Communist Party.

In today’s world, the pursuit of unilateralism, protectionism and extreme egoism leads nowhere, Xi told an audience of government and party leaders, veterans and family members of those who served in what China calls the Chinese People’s Volunteers.

Arrogance, always doing as one pleases, acts of hegemony, overbearance or bullying will lead nowhere, Xi said, according to comments released by the official Xinhua News Agency.

The anniversary comes as China’s relations with the U.S. have sunk to their lowest level in decades as the sides feud over trade, human rights, allegations of spying and Chinese policies regarding Hong Kong, Taiwan and the South China Sea.

Beijing, meanwhile, remains North Korea’s most important diplomatic ally and trading partner, and has pushed back at U.S. efforts to bring economic pressure on Pyongyang to prompt it to end its nuclear weapons and missile programs.

Trump said he had warded off a war that could have threatened millions of lives, and that former President Barack Obama had told him he viewed potential danger from North Korean leader Kim Jong Un as among the greatest national security threats.

Democratic nominee Joe Biden said Trump had legitimized a thug by meeting and forging a relationship with Kim.

Trump countered that Kim didn’t like Obama and insisted, Having a good relationship with other countries is a good thing.