Congress slams BJP over scrapping of housing scheme for bureaucrats 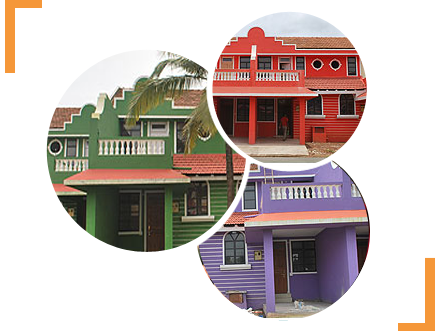 Congress slams BJP over scrapping of housing scheme for bureaucrats

PANAJI: Goa Congress on Monday accused the Chief Minister Pramod Sawant-led ruling dispensation of being worse than the colonial Portuguese, while criticising the BJP-led government decision to disallow legal recourse to government servants to appeal against the scrapping of loan interest subsidies available to them under the House Building Allowance scheme.

On Sunday, the Goa government by way of ordinance, had put an end to loan interest subsidies under the House Building Allowance scheme for government servants. The ordinance also disallows them any recourse to appeal against the government order.

“This is worse than the actions of the Portuguese rulers. This government has crossed all limits of decency. They are harassing their own bureaucrats by denying them the right of appeal against the decision to scrap the scheme,” state Congress president Girish Chodankar said.

In June this, Chief Minister Pramod Sawant, as part of an austerity drive, had announced that the House Building Allowance scheme which is made available to government servants and MLAs would not longer offer any loan subsidy component, a decision which had sparked dissent among government servants, which had appealed to then Governor Satya Pal Malik for relief.

The house building allowance had allowed government servants and MLAs to avail of up to Rs 36 lakh towards construction of houses at a subsidised rate of interest. Currently, there were around 5,000 government servants who had availed of the scheme, for which they would not have to pay interest at regular bank rates.