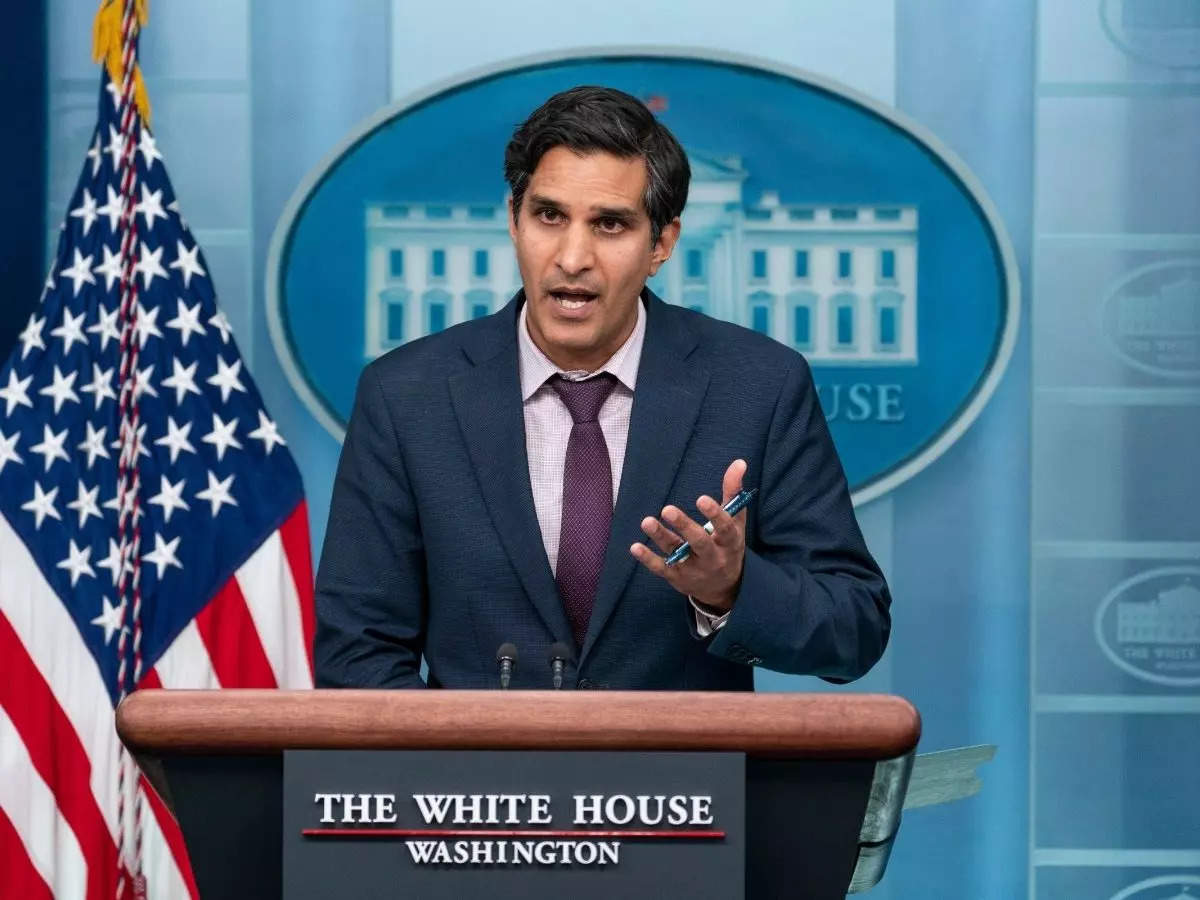 NEW DELHI: Indian-American economic advisor Daleep Singh is leading the efforts of the Biden administration to impose punitive sanctions on Russia over its actions against Ukraine.

Russian President Vladimir Putin on Monday signed decrees to recognise Ukraine’s regions of Donetsk and Luhansk People’s Republics as independent, escalating the tension in the region and increasing fears of Moscow’s invasion of Ukraine. He also ordered Russian troops into eastern Ukraine in what the Kremlin called a “peacekeeping” mission in the Moscow-backed regions.

Singh, who is Deputy National Security Advisor for international economics and Deputy Director of the National Economic Council, made his second appearance in the White House Press Room in a matter of days.

White House Press Secretary Jen Psaki said that he is back by popular demand given the key role Singh is playing in this Russia policy of the administration.

Russia’s long previewed invasion of Ukraine has begun and so too has our response. Today, the president (Joe Biden) responded swiftly and in lockstep with allies and partners. The speed and coordination were historic It took weeks and months to mount a decisive response, Singh told reporters in his opening remarks.

That is a USD 11 billion investment in a prized gas pipeline controlled by Russia that will now go to waste, and it sacrifices what would have been a cash cow for Russia’s coffers, he said.

It is not just about the money, this decision will relieve Russia’s geostrategic chokehold over Europe through its supply of gas, and it’s a major turning point in the world’s energy independence from Russia.

Second, we’ve demonstrated the potency of our financial sanctions and make no mistake, this is only the sharp edge of the pain we can inflict.

In lockstep with our allies, we’re fully blocked from the global financial system, the fifth largest Russian financial institution, VEB, is a glorified piggy bank for the Kremlin that holds more than USD 50 billion in assets. We’re also fully blocking Promsvyazbank, this is a bank that holds USD 35 billion in assets that finances the activities of the Russian military, he told reporters.

Singh said that a full block means these banks can no longer make any transactions with the US nor with Europe as Europe matched US actions, and their assets in America’s respective financial systems will be frozen.

Third, together with our allies, we’ve also cut off the Russian government, the Russian Central Bank and Russian Sovereign Wealth Funds from new financing from the US and Europe. The Kremlin can no longer raise money from the US or Europe and its new debt can no longer trade on US, or European financial markets, he said.

Fourth, the US has fully sanctioned a group of Russian elites and their family members. These individuals share in the corrupt gains of the Kremlin and they will now share in the pain, Singh said.

Other Russian elites and their family members are now on notice that additional actions could be taken on them as well, he said.

I also want to take a minute to address a key part of the president’s speech on energy markets.

We were deliberate to direct the pain of our sanctions towards the Russian economy, not ours. None of our measures are designed to disrupt the flow of energy to global markets and we are now executing a plan in coordination with major oil producers, and major oil consumers to secure the stability of global energy supplies, he said.

The actions we took today were only the first tranche. If Putin escalates further, we will escalate further using financial sanctions and export controls which we have yet to unveil, but which are fully prepared to implement with allies, he added.