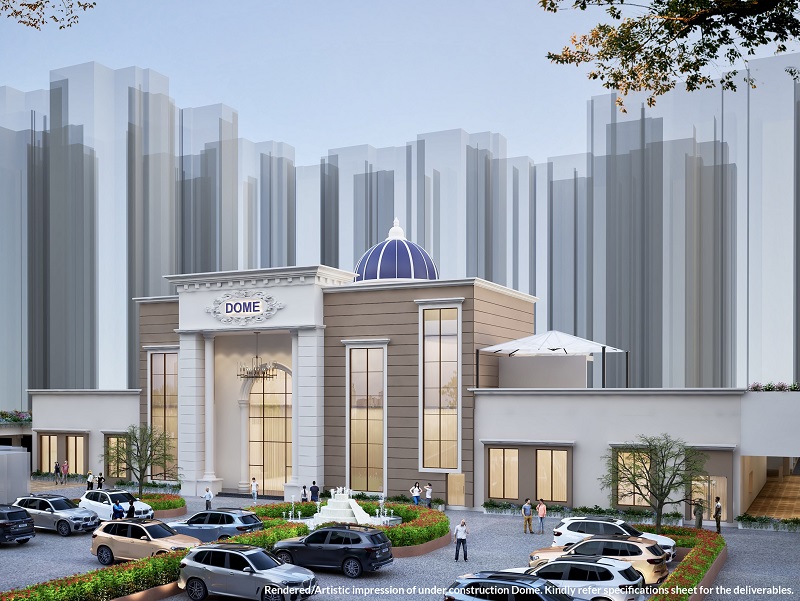 NEW DELHI: The real estate developer EROS Group said that it has launched 6 more towers (2BHK and 3BHK) at its ongoing project Sampoornam.

The towers, comprising 378 units and 14000 sq. meters in area, would be completed by early 2025. The total sales value of these towers will be around Rs 200 crore. An additional investment of Rs. 25 crores will be done by the group for the launch of a community center in Sampoornam called “DOME”.

Avneesh Sood Director – Eros Group, while speaking on the occasion said “We are delighted to announce the launch of our 6 new towers with a sale value of around Rs 200 crore. Project’s worth over Rs. 8000 crores are in pipeline. This project is intended to bring the best from international living to the buyers with a blend of retail experiences, green open spaces, and premium lifestyle amenities on offer, in addition to excellent connectivity options. Greater Noida has already emerged as the new city center and Sampoornam will make it the perfect address for world-class living. We have also brought together some of the finest architects and designers from around the world with the goal of creating a haven of luxury in the heart of Delhi NCR”.

The “DOME” community center in Sampoornam will bring in outdoor recreation opportunities in communities across Sampoornam and are part of the group’s agenda to ensure that no child is left inside allow more families to get active outdoors and promote healthy lifestyles. Gym, Multipurpose Halls, Kids Zone, Indoor Games, Senior Citizen Lounge, Pre-function area, swimming pool with Lavish Deck and exquisite landscaping, and many other outdoor recreational activities help make Sampoornam a great place to live and work.

Recently EROS Group has invested Rs.100 crores for the Launch of the commercial complex “Sampoornam Mart” One-Stop Retail Opportunity with 90 built-in shops in Greater Noida West. Nestled in the upscale location of Greater Noida West, (S MART) is a first-of-its-kind commercial space that is spread over an area of 35000 – 40000 sqft. (Built-up area). Out of the 90 shops 20 were already sold out during the time of launch.

This commercial shopping destination at Noida Extension aims at providing facilities that encourage smooth business operations and wide spaces that give you the right mix of everything, coupled with premium amenities designed for business, recreation, and leisure. The company has adopted both the sale and lease model to monetize this project. The construction of Sampoornam Mart has already started and would deliver the complete project in 2023.
“Last to Last year the Group has announced the launch of the second phase of the project, Sampoornam I for Rs. 125 crores with 258 Units out of which Eros Group has handed over the possession of 200 units to buyers. The total sales value of these 200 units is around Rs. 125 crores. Eros Group has been around for more than 70 years and we have a legacy of providing the highest quality and excellence in our products,” Sood concluded.

Intended to offer a world-class lifestyle inspired by international standards, Eros Sampoornam will offer a smart lifestyle with a blend of connectivity, conveniences, and comforts.

Sampoornam will be a place of continual evolution and prosperity, where people from around the country will desire to live, work and visit. Sampoornam, with the Jewar Airport at its core, is envisaged as an integrated mixed-use development that is well connected to all of Delhi NCR’s major transit points and business hubs. A home to more than 1700 families Sampoornam is emerging as a proud address in Greater Noida.