Fiscal deficit expected to touch seven per cent of GDP in 2020-21: Brickwork Ratings 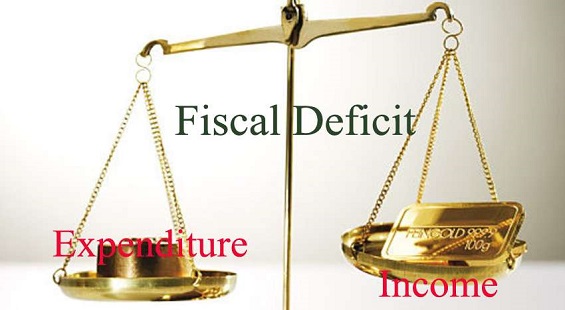 Fiscal deficit expected to touch seven per cent of GDP in 2020-21: Brickwork Ratings

MUMBAI: Centre’s fiscal deficit is expected to touch 7 per cent of the GDP in 2020-21, against budget estimates of 3.5 per cent, Brickwork Ratings said on Saturday.

The ratings agency said that the impact of the lockdown on economic activity shows up starkly in the trends in the Central government revenue collection during the first three months of the 2020-21 fiscal.

As per the data released by the Controller General of Accounts (CGA), the Central government’s revenue in Q1 of the current year is much lower than the collections for the corresponding period of last year. As per the data, revenue from income tax (personal income tax and corporate income tax) was lower by 30.5 per cent and the GST (CGST+IGST+UTGST) was lower by almost 34 per cent during the period.

On the other hand, there is a sharp increase in expenditure (by 13.1 per cent) due to additional spending incurred to save lives and livelihoods and to provide stimulus under the ‘Atmanirbhar Bharat’ mission. “This has resulted in the fiscal deficit widening to 83.2 per cent of the budgeted target in the first quarter itself,” the statement said.

According to Brickwork Ratings, the economy is expected to gradually pick up from the third quarter of this fiscal. “Given the early signs of resumption in business activity, we expect revenue collections to reach pre-Covid levels towards the end of the third quarter, hoping that the festive season demand induces consumption and spending,” the statement said.

“However, if the current situation prolongs further, the government may face acute burden of fund shortage to fulfil the budgeted expenditure even after considering the announced higher borrowing of Rs 12 lakh crore. This could cause a huge cut in capital expenditure, as well as a Centrally sponsored schemes, except MNREGA and the National Health Mission,” it added.

The Centre has already increased the allocation of Rs 40,000 crore for MNREGA in the ‘Atmanirbhar’ scheme, and the funds are expected to be utilised fully in the current year. “Given the expected shortfall in revenue, fiscal deficit of the Cent ral government could reach 7 per cent of the GDP in 2020-21, assuming the no minal GDP at last year’s level,” the statement said.

In addition, the ratings agency said that among the major economies, only the US has a higher deficit than India’s deficit.