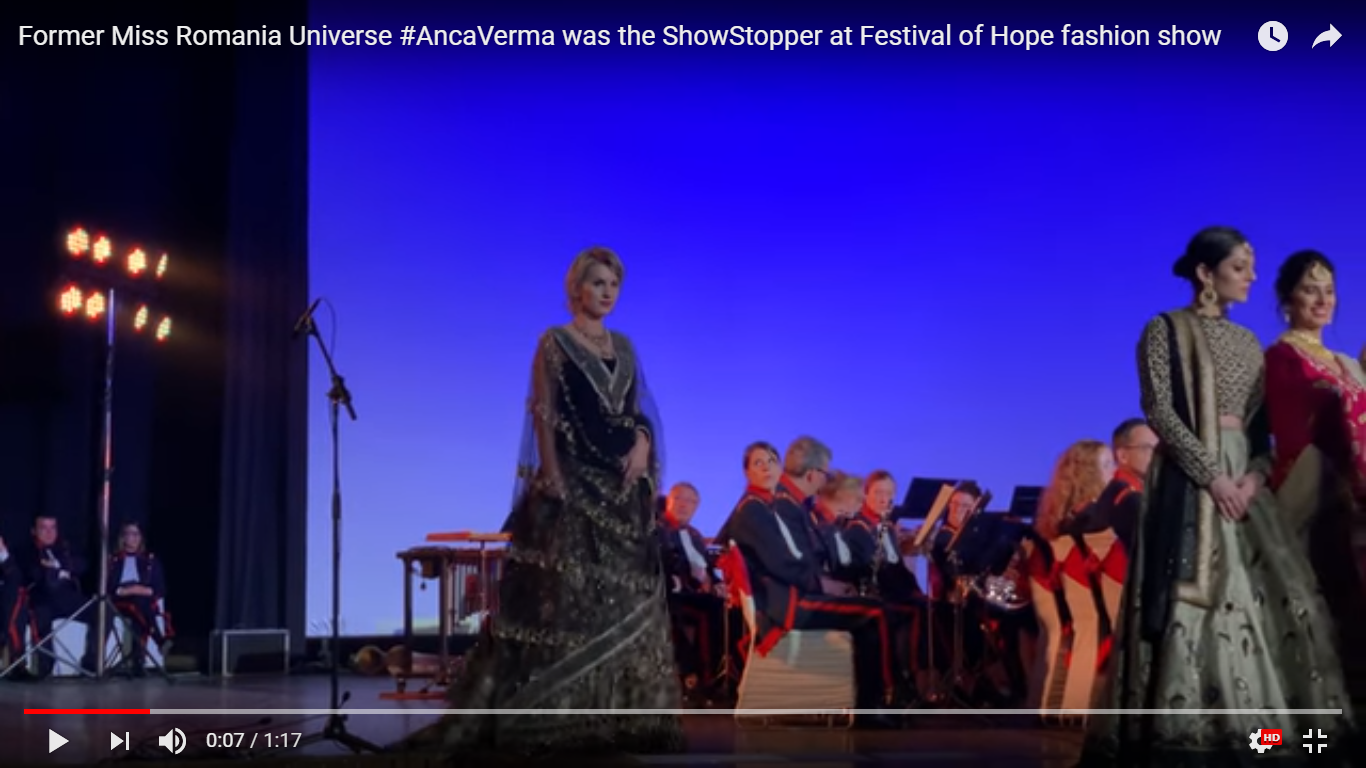 Over 483 people died, and 15 are missing in Kerala, due to unusually high rainfall during the monsoon season. It was the worst flooding in Kerala in nearly a century.

Mrs Verma looked ravishing in a black and golden lehenga as she walked with ease and poise, owning the ramp like the diva she is.

Cancer Awareness Campaign leads by the Festival of hope is a platform to create awareness about all types of cancer through various fashion events,seminars and workshops.

Cancer awareness is important to Mrs Verma as her father-in-law Congress Politician Shrikant Verma passed away of Cancer in 1986 and the Verma Family setup ‘Shrikant Verma Charitable Trust’ in his memory to help cancer victims and has setup hospitals and cancer diagnostic Centers in remote areas of India such as Chattisgarh, Madhya Pradesh Andhra and Odisha where faculties to diagnose cancer were non-existent.

She is deeply involved with the Trust activities and till now close to 11,000 patients have been provided medical assistance under the aegis of the trust of which  she is the Managing Trustee that manages two cancer diagnostic and research centres in Chattisgarh and a cancer hospital in Madhya Pradesh.

Mrs Verma is Chairperson of ‘Olialia World’ which is a US$ 2 billion multinational FMCG corporation with interests in infrastructure, hospitality, aviation and financial services sectors, owned by her husband Industrialist Abhishek Verma.

She is also the Managing Trustee of the Shrikant Verma Charitable Trust, which she runs with her husband Abhishek Verma, the Chairman of the Trust.

According to the Kerala government, one-sixth of the total population of Kerala had been directly affected by the floods and related incidents.The government of India had declared it a Level 3 Calamity, or “calamity of a severe nature”.It is the worst flood in Kerala after the great flood of 99 that happened in 1924.

The event was organised by Shalini Vig Wadhwa, embassy of Switzerland in collaboration with Landwehr Orchestra, Kotwara, Mehraab & Rosetree.