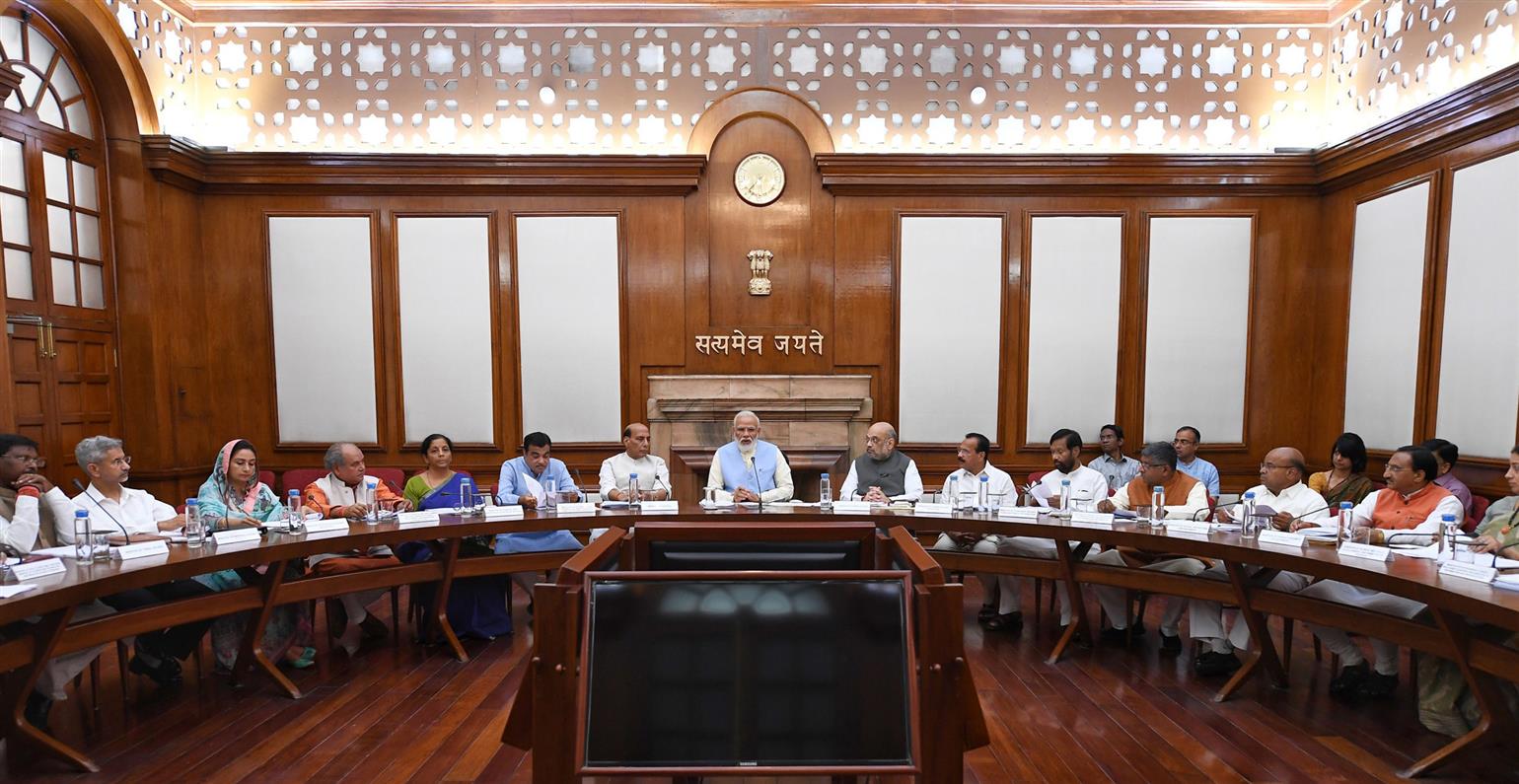 NEW DELHI: The Narendra Modi government on Thursday announced constitution of various Cabinet committees, including the one on economic affairs.

On Wednesday, the government had constituted committees on investment and growth to spur the economic growth, and on employment and skill development to deal with the issues of unemployment.

It was perhaps for the first time that the Cabinet committees on the two issues have been set up.

The key committee on security was also set up Wednesday. Prime Minister Narendra Modi will the head of the Committee, and Defence Minister Rajnath Singh, Home Minister Amit Shah, External Affairs Minister S Jaishankar and Finance Minister Nirmala Sitharaman will be its members.

The panel looks after the issues related to national security and foreign affairs.

Among the panels announced Thursday is the Appointments Committee of Cabinet (ACC) to be headed by the prime minister with Shah as the other member.

Shah will head the Cabinet Committee on Accommodation. Road transport and highways minister Nitin Gadkari, Sitharaman and Railway and Commerce Minister Piyush Goyal are its members.

Minister of State in PMO Jitendra Singh and Housing and Urban Affairs and Civil Aviation Minister Hardeep Puri are special invitees of the Accommodation committee.

The others in the CCEA include, S Jaishankar, Goyal and Petroleum Minister Dharmendra Pradhan.

The Cabinet Committee on Political Affairs, which helps the government take important policy decisions, will be headed by the prime minister.

The Cabinet committees are constituted or reconstituted when a new government takes over or the cabinet undergoes a reshuffle.