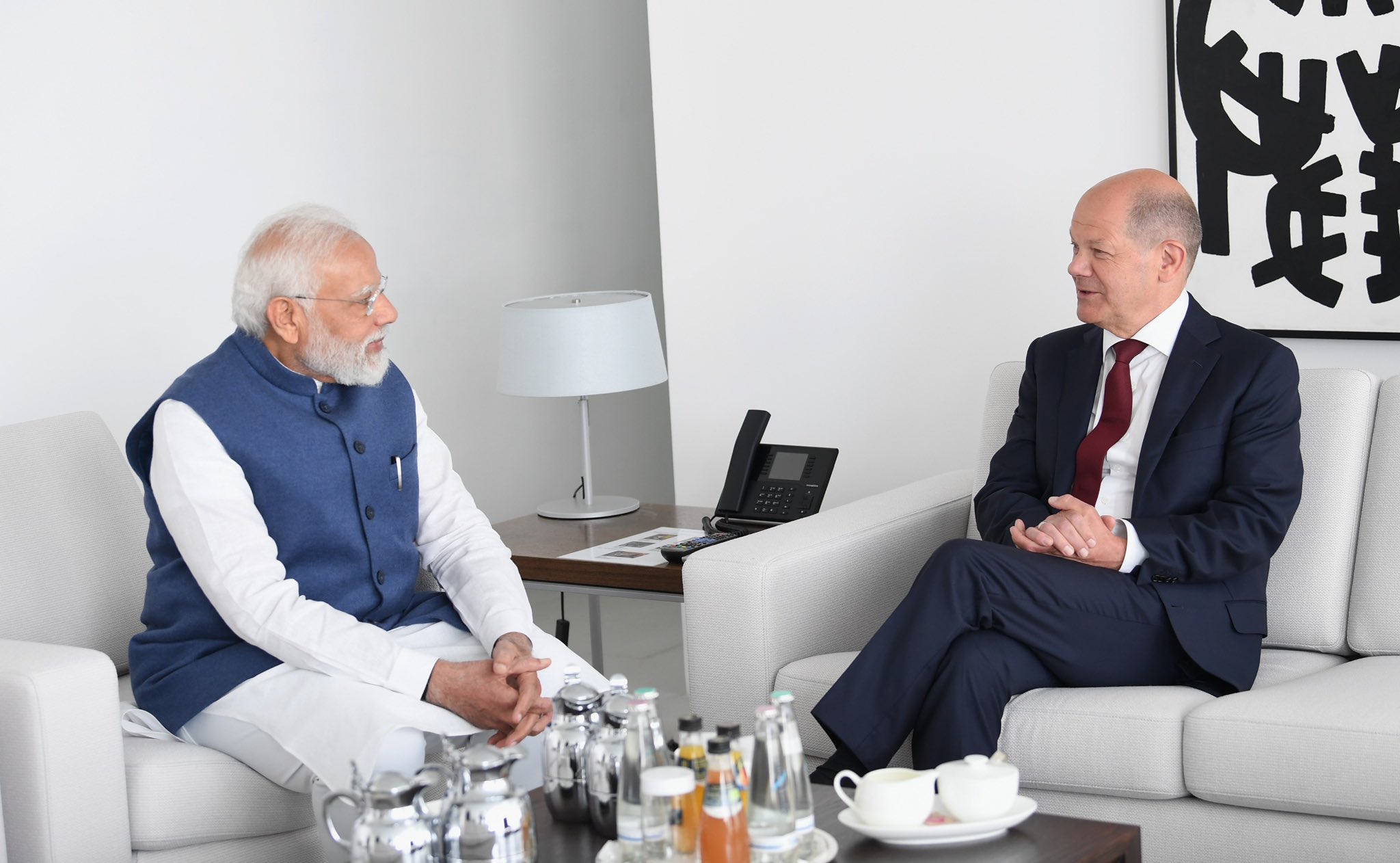 “Germany intends to strengthen its financial and technical cooperation and other assistance to India with a long-term goal of at least 10 billion euros of new and additional commitments till 2030 under this Partnership (for green and sustainable development),” said a joint statement issued after the sixth India-Germany Inter-Governmental Consultations (IGC) here.

The two leaders agreed to create a bilateral ministerial mechanism within the IGC to provide political direction to this partnership.

At the COP-26 in Glasgow, India had committed to net zero emissions by 2070 and declared to source 50 per cent energy requirements from renewables by 2030. It had also assured to install 500 GW of non-fossil fuel power capacity and achieve carbon intensity reduction of 45 per cent over 2005 levels by 2030.

“This will support inter alia the achievement of their ambitious goals in the climate action and sustainable development space, further promote German-Indian research and development (R&D), encourage private investment and thus aim at leveraging further funding,” it said.

Both Modi and Scholz said the Indo-German Cooperation on Sustainable Development and Climate Action was guided by their commitments under the Paris Agreement and the SDGs, including making efforts to limiting the increase in the global average temperature to well below 2 degrees Celsius above pre-industrial levels and to limit the temperature increase to 1.5 degrees Celsius above pre-industrial levels.

As deliverables of the Indo-German Partnership for Green and Sustainable Development, both sides agreed to develop an Indo-German Green Hydrogen Roadmap based on the inputs by the Task Force supported by the Indo-German Energy Forum (IGEF).

They also agreed to establish an Indo-German Renewable Energy Partnership focusing on innovative solar energy and other renewables, including the associated challenges for electricity grids, storage and market design to facilitate a just energy transition.

The two leaders also agreed to further examine collaboration on green energy corridors such as the Leh-Haryana transmission line and the project of a carbon neutral Ladakh.

Both sides agreed to strengthen collaboration on risk finance and insurance solutions against climate and disaster risks as well as capacity building via the Global Initiative for Disaster Risk Management.

Germany welcomed the Indian announcement to become a member of the InsuResilience Global Partnership.

The joint statement said that both sides agreed to enhance collaboration with the Indian and German private sector in the context of public-private partnerships for innovation and investments in SDGs and climate goals in particular through DeveloPPP and structured funding mechanisms to mobilise the private sector.