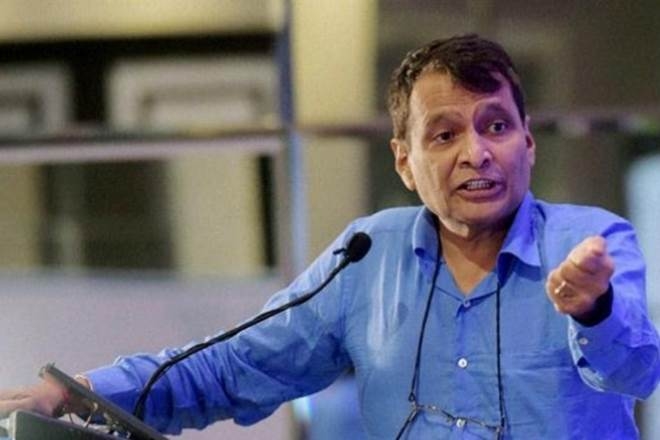 He said the Centre was thinking of making Goa as the start-up and logistics hub to create more jobs and that it will also promote agricultural export from the coastal state.

“One of the problems faced by start-ups is finance. We have called all global players who are into financing. This event, to be held on December 7, will bring in global players for investment in the sector for the first time,” Prabhu said.

He was addressing a gathering after inaugurating the ‘green’ building centre at Kudaim Industrial Estate by ACC Cement company in partnership with Goa’s ALCON group.

It is a concept introduced by ACC to provide green solutions for building constructions.

Prabhu said the event (to facilitate financing for start-ups) will be held in Goa annually during which the financiers, venture capitalists, investors and growth capital providers will assemble.

“We are thinking of creating a national hub of start-ups in Goa,” he said, adding that he is also looking forward to see the state become a new hub of “green ideas”.

“We are working on many things. At the same time we have to create employment for people. If you only talk about green then what happens to people?” he said.

The minister said to create employment and to keep it clean “we need to think about cleaner ideas”.

Prabhu also said a logistics hub will also be set up in Goa as the state has all the infrastructure required for the facility.

He said when he became the commerce minister, he had logistics as part of the responsibility as for the first time, the prime minister has created a new department for it.

“All logistics-related issues are under my ministry. We are preparing for the first time an integrated logistics plan for India and in that plan, I had said that we will keep a logistics hub in Goa,” he said.

Goa has a port, railway infrastructure and an airport is also being constructed by the Centre (apart from the already existing airport at Dabolim).

“Goa is ideal for creating the logistics hub which will result in huge job creation,” Prabhu said.

The minister also said that the Centre has earmarked Rs 5,000 crore for providing full support to the service sector and it has identified 12 champion sectors for the services industry.

“We want to provide support to services in a big way so that services also become a growth engine. Services are the biggest job providers. I have requested the Goa government to submit a proposal so that we can give part of the money to the state,” he said.

Prabhu also said that the Centre will promote agricultural export from Goa as part of its policy which will be soon approved by the Union Cabinet.

“All farmers of Goa will benefit (out of it). Horticulture products and vegetables can be exported globally. I have already spoken with the UAE, Saudi Arabia, Oman and they are willing to import it from india. We will work in a manner that Goa develops but still remains green,” he added.