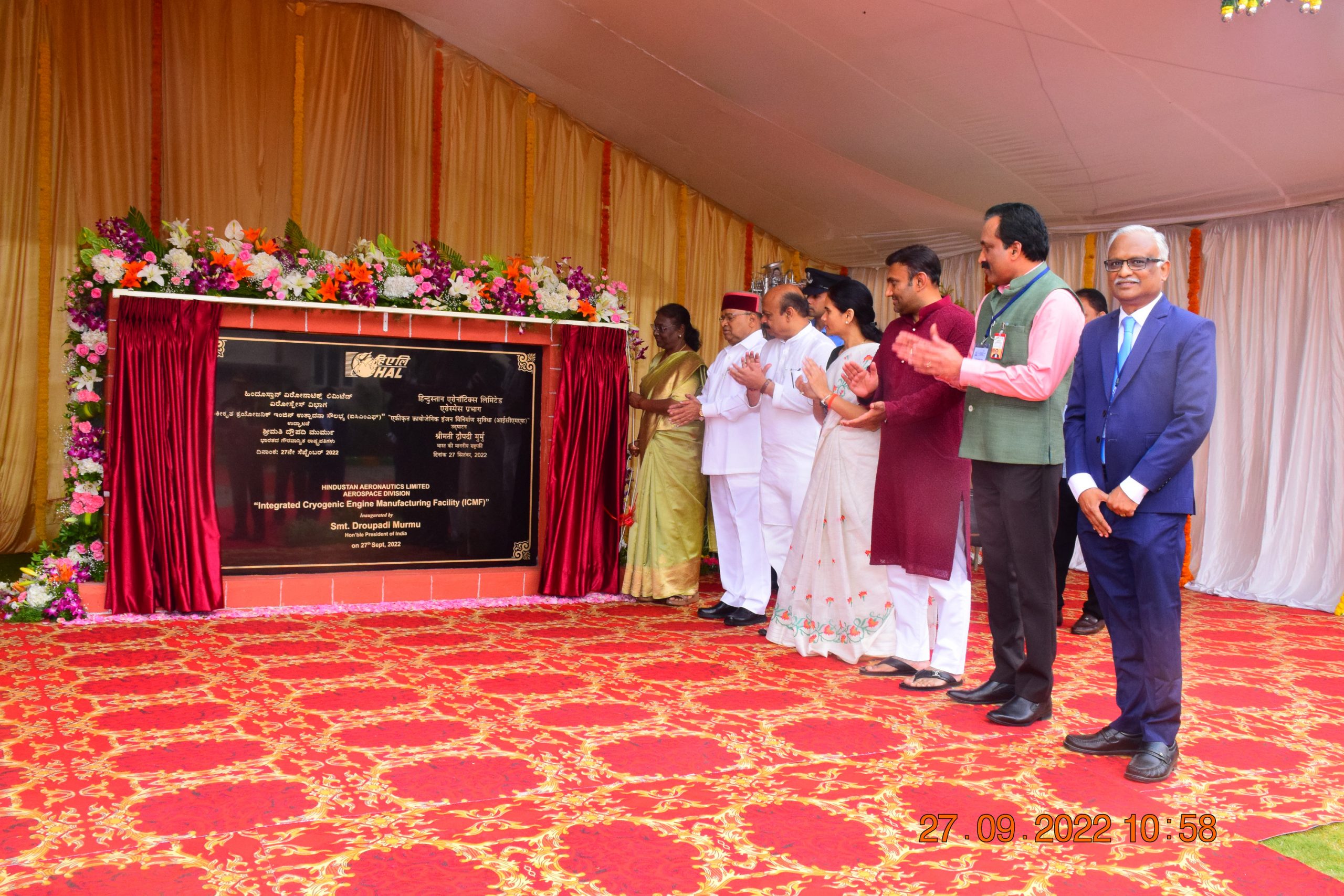 BENGALURU: An Integrated Cryogenic Engine Manufacturing Facility (ICMF) set up by Hindustan Aeronautics Limited (HAL) that would cater to the entire rocket engine production under one roof for Indian Space Research Organisation (ISRO) was inaugurated by President Droupadi Murmu here on Tuesday.

The state-of-the-art ICMF, set up over an area of 4,500 square metres houses over 70 hi-tech equipment and testing facilities for manufacturing cryogenic (CE20) and semi-cryogenic (SE2000) engines of Indian rockets.

The President of India, Smt Droupadi Murmu inaugurated HAL’s Integrated Cryogenic Engine Manufacturing Facility (ICMF) in Bengaluru and said it is not only a historic moment for HAL and ISRO but for the whole of India. pic.twitter.com/tecONuDQtV

In 2013, an MOU was signed with ISRO for establishing the facility for manufacturing cryogenic engine modules at HAL, Aerospace Division, and it was subsequently amended in 2016 for setting up of ICMF with an investment of Rs 208 crore.

The commissioning of all the critical equipment for the manufacturing and assembly requirement has been completed, Bengaluru-headquartered HAL has said, adding that the pre-production activities which involve preparation of the process and quality plans, and drawings, have also commenced.

HAL will start realising the modules by March 2023, it said.

“The facility (ICMF) will cater to the entire Rocket Engine Manufacturing under one roof for ISRO. It will boost self-reliance in manufacturing of Hi-thrust Rocket engines,” the HAL said.

Cryogenic engines are the most widely used engines world over in launch vehicles, the statement said. Due to the complex nature of the cryogenic engine, till date only a few countries — the USA, France, Japan, China and Russia — have mastered the cryogenic technology.

Space exploration in the future is mostly dependent upon cryogenic technology.

On that occasion, the President also laid the foundation stone for the Zonal Institute of Virology (South Zone) virtually.