High-stakes assembly polls in 5 states in November-December; Chhattisgarh to vote in 2 phases 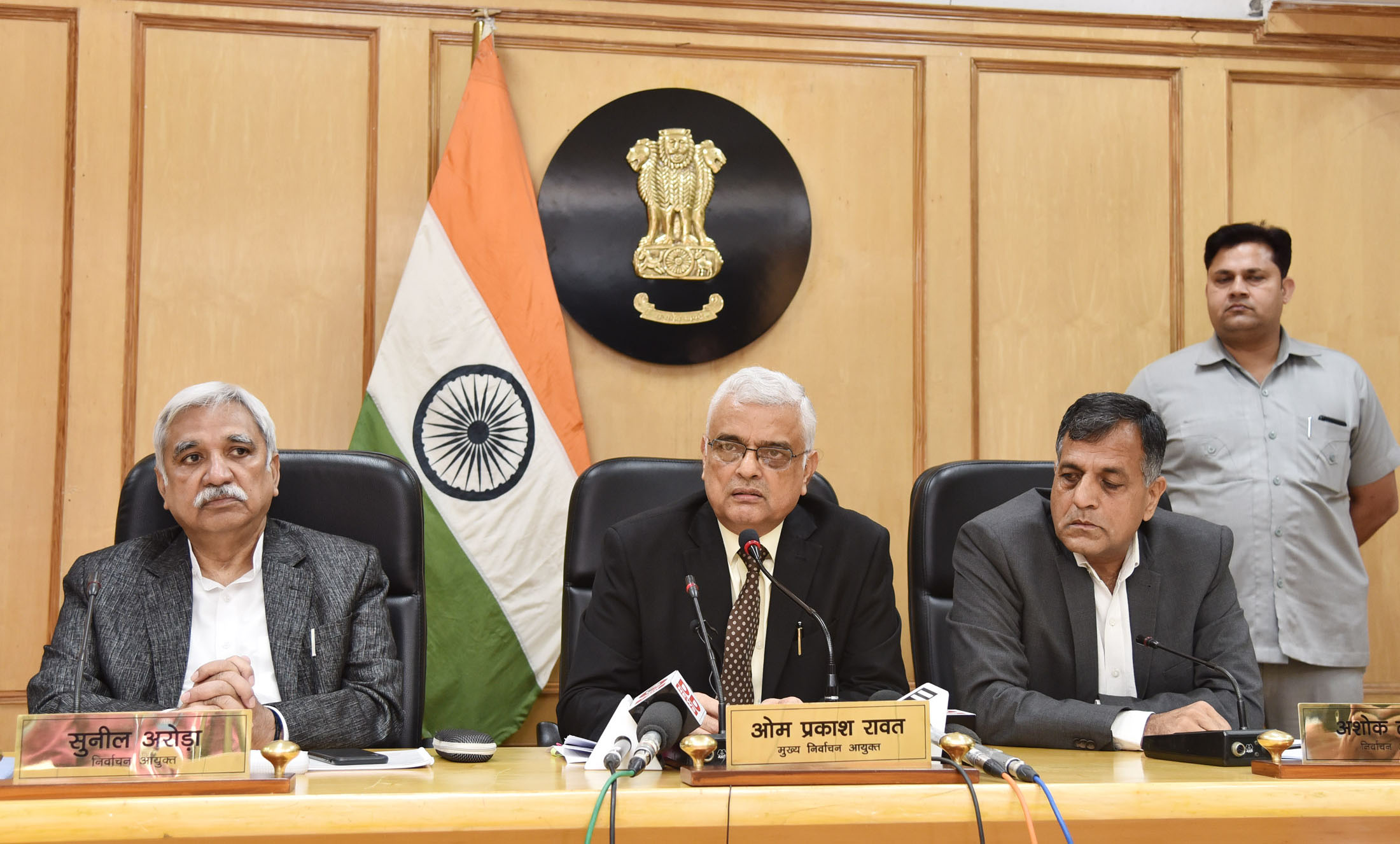 High-stakes assembly polls in 5 states in November-December; Chhattisgarh to vote in 2 phases

NEW DELHI: Assembly polls in Chhattisgarh, Madhya Pradesh, Mizoram, Rajasthan and Telangana will be held between November 12 and December 7 in what may be a virtual semi-final to the 2019 Lok Sabha elections.

Counting of votes will be taken up together in all the five states on December 11, the Election Commission announced Saturday.

While Chhattisgarh will go to the polls in two phases on November 12 and 20, elections in Madhya Pradesh and Mizoram will be held on November 28.

The Congress, which is ruling in Mizoram, is trying to wrest power from the BJP in Chhattisgarh, Madhya Pradesh and Rajasthan. In Telangana, the ruling Telangana Rashtra Samithi (TRS) had dissolved the assembly on September 6, paving way for early elections.

Like in the past, Chhattisgarh will have elections in two phases. In the first phase, 18 seats in south Chhattisgarh affected by left wing extremism will go to polls and in the second phase voting will be held in 72 seats in the northern parts of the state, Rawat said.

Responding to a question, he defended the decision to have two phases, saying in the past too, voters, political leaders and security personnel have been targeted by Naxals and it was necessary to have polls in multiple phases.

The model code of conduct, which bars the ruling party and even other parties from disturbing level playing field, came into force in Madhya Pradesh, Rajasthan, Chhattisgarh and Mizoram immediately.

The term of the Madhya Pradesh assembly is ending on January 7, Rajasthan on January 20, Chhattisgarh of January 5 and Mizoram on December 15.

After a recent EC decision to impose model code immediately in states where assemblies are dissolved prematurely, Telangana is already under the poll code. The term of its assembly was to end in June, 2019.

Much is at stake in the polls in Madhya Pradesh, Chhattisgarh and Rajasthan as the BJP and the Congress are in a direct contest in the three states after the saffron party had trounced its arch-rival in 2013 and then gone to decimate it in the 2014 Lok Sabha polls as well.

Under Prime Minister Narendra Modi and its president Amit Shah, the BJP has since 2014 got better of the Congress in every major state polls where both were the main rivals.

In Telangana, the ruling Telangana Rashtra Samithi is seen to be going strong and will face contest from the Congress and the BJP. After winning 63 seats in the 2014 assembly polls, the TRS’ ranks have swelled with members of rival parties joining it over the years. The state assembly has 119 seats.

Putting in place security arrangements for the polls, the Union Home Ministry has ordered for the deployment of about 25,000 troops for election duties in Chhattisgarh, Madhya Pradesh and Rajasthan.

These paramilitary and state police personnel, part of the additional 250 companies to be sent in for the polls, have been asked to take position by October 15 in states assigned to them.

While 50 fresh companies each have been marked to be sent to Madhya Pradesh and Rajasthan, the highest of 150 such teams have been earmarked by the ministry to be sent to Chhattisgarh that has its southern part affected by a high-level threat of Maoist violence.

This time, to ensure “wholesome and constructive participation” of persons with disabilities in the election process, the Commission has decided to issue accessible photo voter slips with braille features to persons with visual impairment.

In a statement, EC said it is “genuinely concerned” about noise pollution and “great disturbance to the peace and tranquility of the general public by the reckless, widespread and flagrant use of loudspeakers during election canvassing and campaign.”

It said that the use of public address system or loudspeakers or any sound amplifier, whether fitted on vehicles or in static position used for public meetings for electioneering purposes will not be permitted between 10.00 pm and 6.00 am.