Hopeful of solution; ready to deal with any eventuality: Army Chief on eastern Ladakh standoff 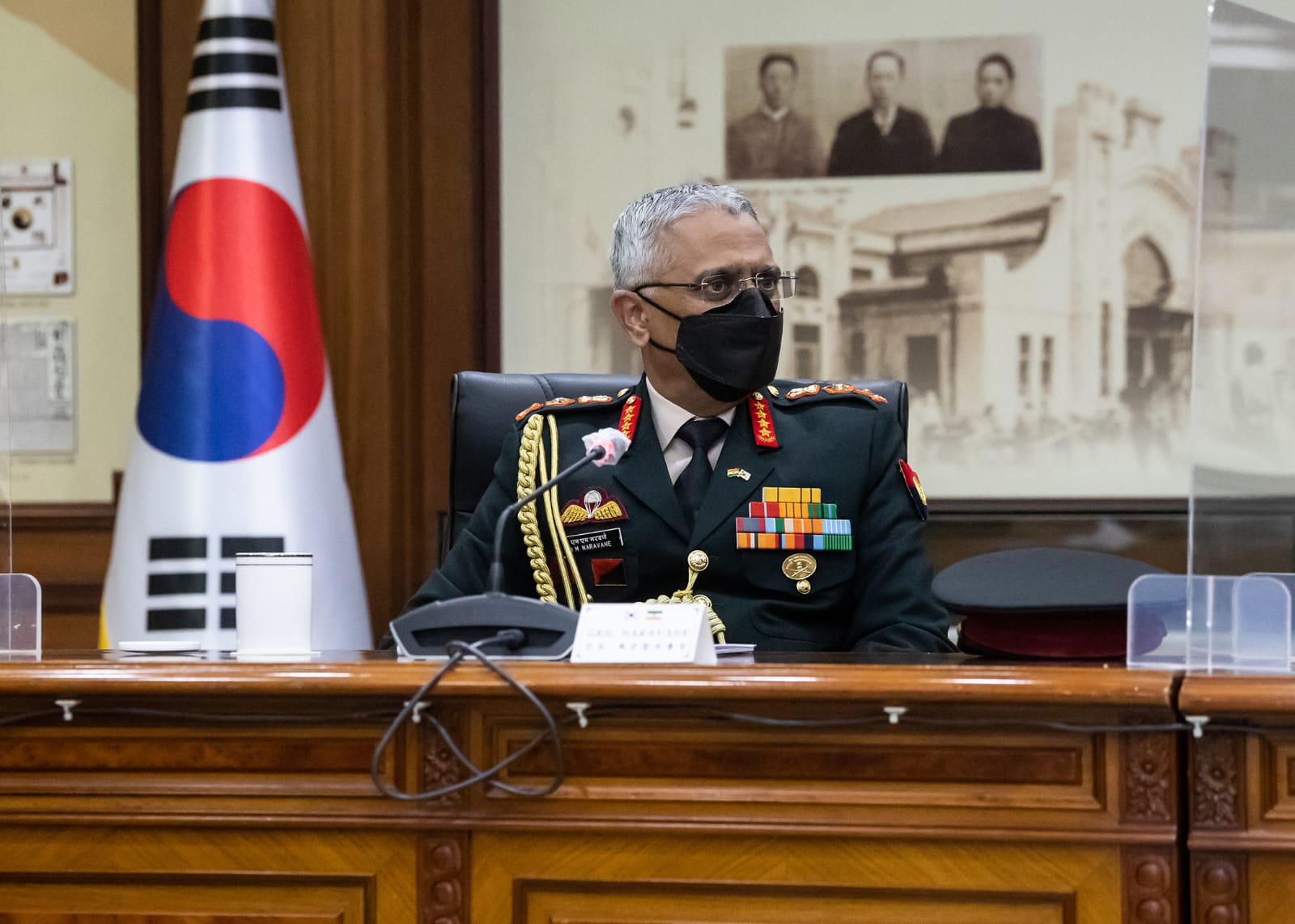 Hopeful of solution; ready to deal with any eventuality: Army Chief on eastern Ladakh standoff

NEW DELHI: Chief of Army Staff Gen MM Naravane on Tuesday said he was hopeful that India and China will be able to reach an agreement to resolve the eastern Ladakh standoff but at the same time asserted that Indian troops will maintain a high state of combat readiness to deal with any eventuality.

Addressing a press conference ahead of the Army Day, Gen Naravane said the operational preparedness of the Indian armed forces has been of very high level and they will continue to hold onto their ground.

“We are prepared to hold our ground as long it takes to achieve our national goals and objectives,” he said.

Talking about increasing security challenges at the Line of Actual Control, the Chief of Army Staff said a need was felt about “rebalancing” of troops along the northern borders, adding “that is what we have put in place now.”

The Chief of Army staff said he was hopeful that India and China will be able to reach an agreement for disengagement and de-escalation based on an approach of mutual and equal security.

“I am confident of finding a solution to the issue on the basis of mutual and equal security,” he said.

Gen Naravane said there was no reduction in deployment of troops by both India and China in eastern Ladakh.

The Chief of Army Staff said Indian troops are maintaining high level of alertness all along the Line of Actual Control and not just Ladakh.

Nearly 50,000 troops of the Indian Army are currently deployed in a high state of combat readiness in various mountainous locations in eastern Ladakh in sub-zero temperatures as multiple rounds of talks between the two sides have not yielded concrete outcome to resolve the standoff.

China has also deployed an equal number of troops, according to officials.

Last month, India and China held another round of diplomatic talks under the framework of Working Mechanism for Consultation and Coordination (WMCC) on India-China border affairs.

The eighth and last round of military talks between the two sides had taken place on November 6 during which both sides broadly discussed disengagement of troops from specific friction points.

India has all along been maintaining that the onus is on China to carry forward the process of disengagement and de-escalation at the friction points in the mountainous region.

Following the sixth round of military talks, the two sides had announced a slew of decisions including not to send more troops to the frontline, refrain from unilaterally changing the situation on the ground and avoid taking any actions that may further complicate matters.

This round was held with a specific agenda of exploring ways to implement a five-point agreement reached between External Affairs Minister S Jaishankar and his Chinese counterpart Wang Yi at a meeting in Moscow on September 10 on the sidelines of a Shanghai Cooperation Organisation(SCO) conclave.

The pact included measures like quick disengagement of troops, avoiding action that could escalate tensions, adherence to all agreements and protocols on border management and steps to restore peace along the LAC.