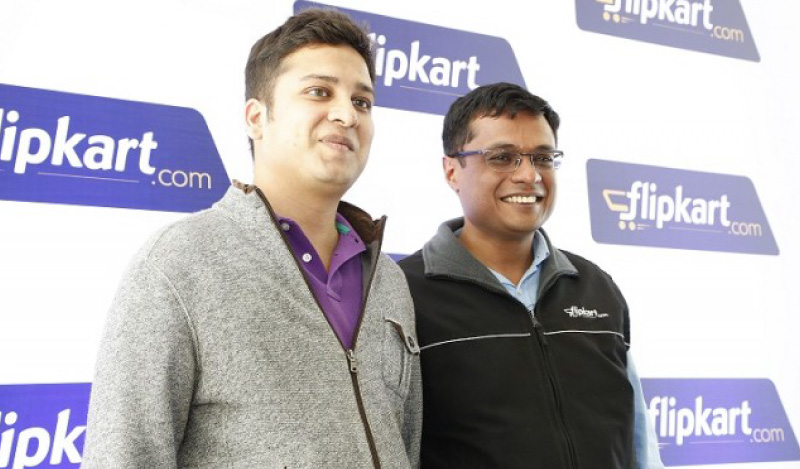 NEW DELHI: The Income Tax department has written to Flipkart founders Sachin and Binny Bansal seeking to know the details of the income earned following their share sale to US retail giant Walmart and when they would be depositing the advance tax, an official said.

As per the Income Tax laws, both Sachin and Binny Bansal, being Indian residents, would be liable to pay 20 per cent income tax on the capital gains made from the sale of stake in Flipkart to the US-retail giant earlier in August.

The tax law requires both the Flipkart founders to deposit advance tax on the assessed income from the deal with Walmart with the government. About 75 per cent of that tax has to be deposited by December 15, 2018, and the remaining by March 15, 2019.

“As part of studying the Walmart-Flipkart deal, the international taxation division had written to Sachin and Binny Bansal asking them where they are assessed and where they would be filing their taxes. Since they file their income tax returns in Bangalore, the Assessing Officer there would now be in touch with them,” an official said.

In August this year, Walmart bought 77 per cent stake for USD 16 billion in Flipkart after buying out shareholding of as many as 44 shareholders, including significant ones like SoftBank, Naspers, Accel Partners and eBay. Sachin and Binny Bansal too sold their holding.

Walmart has already deposited Rs 7,439 crore tax for buying out stake from 44 foreign shareholders in Flipkart, since a substantial value of the e-commerce giant’s shares is being derived from India.

However, Sachin and Binny Bansal would be assessed separately under the domestic tax laws and would be liable to pay 20 per cent capital gains tax on the income earned in the deal.

While Sachin Bansal sold his entire 5-6 per cent holding in Flipkart, Binny Bansal had sold part of his stake. Binny Bansal had recently said that while he was stepping down as Flipkart Group CEO, he continues to be a “large shareholder” and a member on the Board.

Sachin Bansal and Binny Bansal did not respond to queries from PTI.

According to Nangia Advisors LLP Managing Partner Rakesh Nangia, as per Indian income tax laws, worldwide income of an Indian resident is taxable in India.

Hence the Indian promoters of Flipkart (Sachin Bansal and Binny Bansal) who have sold their shareholdings, being Indian residents, they would also be liable to pay income tax in India on capital gains arising from such transaction.

Under section 234B, interest for default in payment of advance tax is levied at 1 per cent simple interest per month or part of a month. The penalty interest is levied on the amount of unpaid advance tax.

Under Section 234C, penal interest would be payable on the amount of advance tax payment short paid at the rate of 1 per cent simple interest per month.