India among most exciting markets globally, to grow to USD 1 trillion by 2025: Walmart CEO 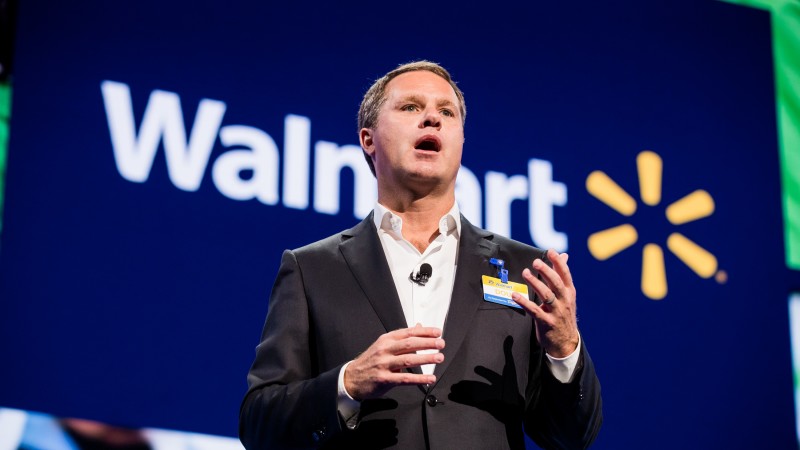 India among most exciting markets globally, to grow to USD 1 trillion by 2025: Walmart CEO

NEW DELHI: The Indian retail segment has its own uniqueness and the country is one of the most exciting markets globally that is poised to grow to over a trillion dollars by 2025, according to Walmart Inc President and CEO Doug McMillon.

Speaking at the Converge@Walmart event, McMillon noted that given the diversity of the Indian market, the company has to “think local and execute locally”.

“India is such a diverse market, it’s not one country in some ways and so we have to think local and execute locally, and it has its own rules, and so, we’ve got to comply with those rules,” he said.

McMillon added that currently, Walmart is not allowed to make a foreign direct investment in multi-brand retail (physical brick and mortar store) and so, the company operates in a different way.

“I do think we have seen and will see generation skipping in India, which will be exciting and some of that learnings, we will bring back to other markets that we have,” he said.

The top executive highlighted that India is one of the top three markets, along with the US and China.

The Converge@Walmart event is the flagship event of Walmart Global Tech India.

“We think the future is very bright, and we are going to see a market that is North of trillion US dollars by 2025, I believe. And the way that it is evolving is common in some ways with what we see in other countries, but has its own uniqueness, which makes it exciting,” McMillon said.

He pointed out that Walmart’s e-commerce unit Flipkart and digital payment firm PhonePe are both growing very well and have an “amazing number” of users.

“We are really excited about Flipkart and PhonePe leadership teams and our associates there and the businesses that are being built. The Flipkart business now has reached over 300,000 marketplace sellers, and the PhonePe business has more than 300 million users, which is just an amazing number and both are growing very well…,” McMillon added.

Flipkart competes with US e-commerce giant Amazon in the Indian market.

The Walmart veteran said the role of technology in all of Walmart’s markets, including India, is more important than ever.

“Companies that are born recently that are more digitally native have some advantages. It’s also true that in an omni-channel world, some of the older companies that may employ more people have more physical assets would have some advantages, but only if those older businesses – in our case an older larger business – have an openness, and an ability to change,” said McMillon.

However, he also said leading a digital transformation at scale is a real challenge.

“We operate in multiple countries. We have got some commonalities and our infrastructure and underpinning that needs to be modernised…,” he said.

McMillon added that the only things that are constant at Walmart are its purpose and values, and its associates will respond to change.

Walmart Inc owns a majority share in Flipkart. It had invested USD 16 billion in 2018, in the Bengaluru-based e-commerce platform. Post that, it has continued to participate in the two rounds of funding raised by Flipkart.