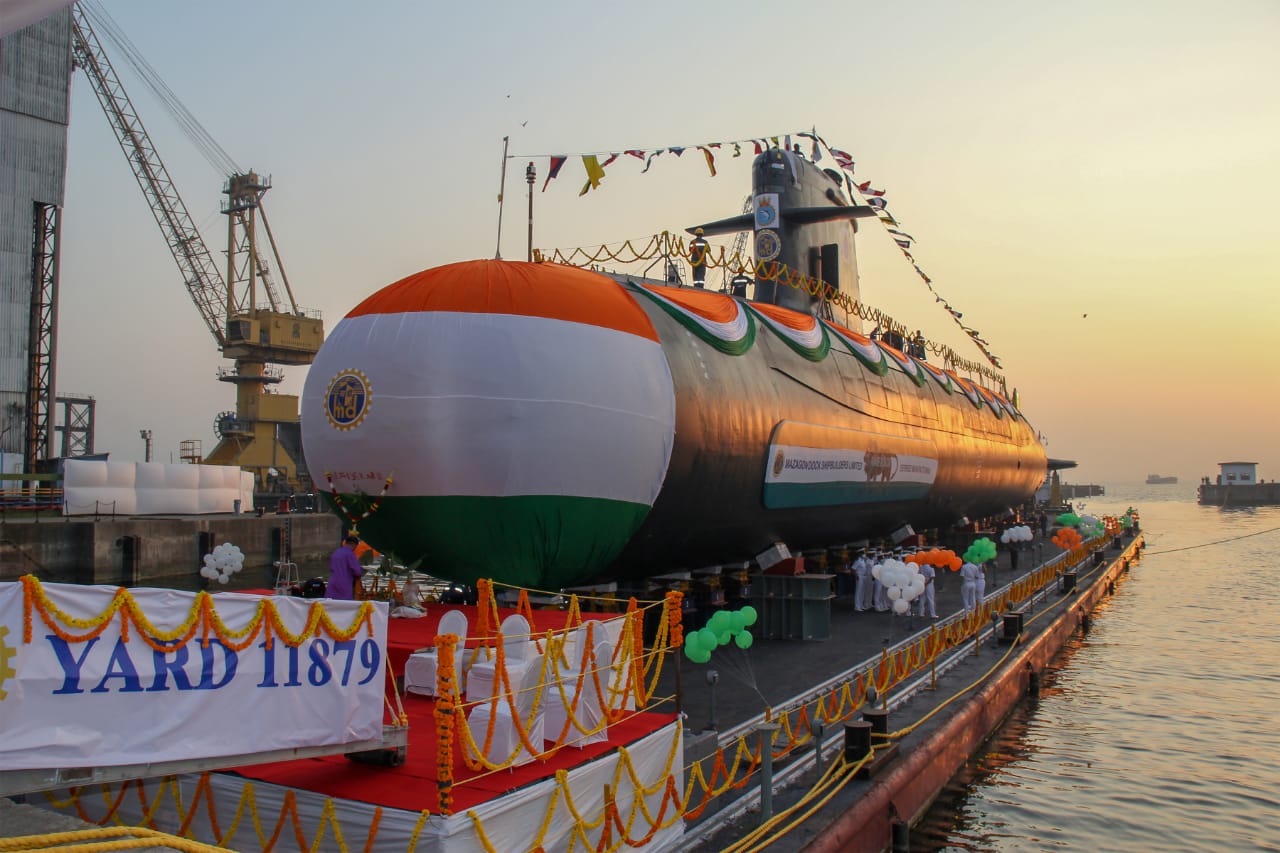 The new submarine was named ‘Vagir’ by Naik’s wife Vijaya S Naik. The launch ceremony was conducted through videoconference from Goa in the presence of top naval officers and other dignitaries, including officials from the Naval Group, France.

After the launch, ‘Vagir’ will be fitted with various equipment for the Harbour Acceptance Trials.

Speaking on the occasion, Naik lauded the stellar role of MDL in the ‘Make in India’ and ‘Atmanirbhar Bharat’ initiatives of the Centre.

He also appreciated the deep emotional bonds between ships and submarines and the crew which builds and man them as a “unique aspects of the Navy and shipyards”.

After comprehensive and rigorous set of tests and trials for over a year, the fully combat-worthy submarine capable of operations in all modes and regimes of deployment shall be delivered to the Navy.

Two submarines of Project-75 programme at MDL — Kalvari and Khanderi — have already been commissioned into the Indian Navy.

The third submarine of the P-75 is undergoing the final phase of rigorous sea trials, the fourth Vela has commenced sea trials, the fifth ‘Vagir’ was launched on Thursday, while the sixth and last one is being readied for boot together.

Recently, the MDL went in for an IPO which was oversubscribed 157.42 times.