India probably buys less oil from Russia in a month that what Europe does in an afternoon: Jaishankar 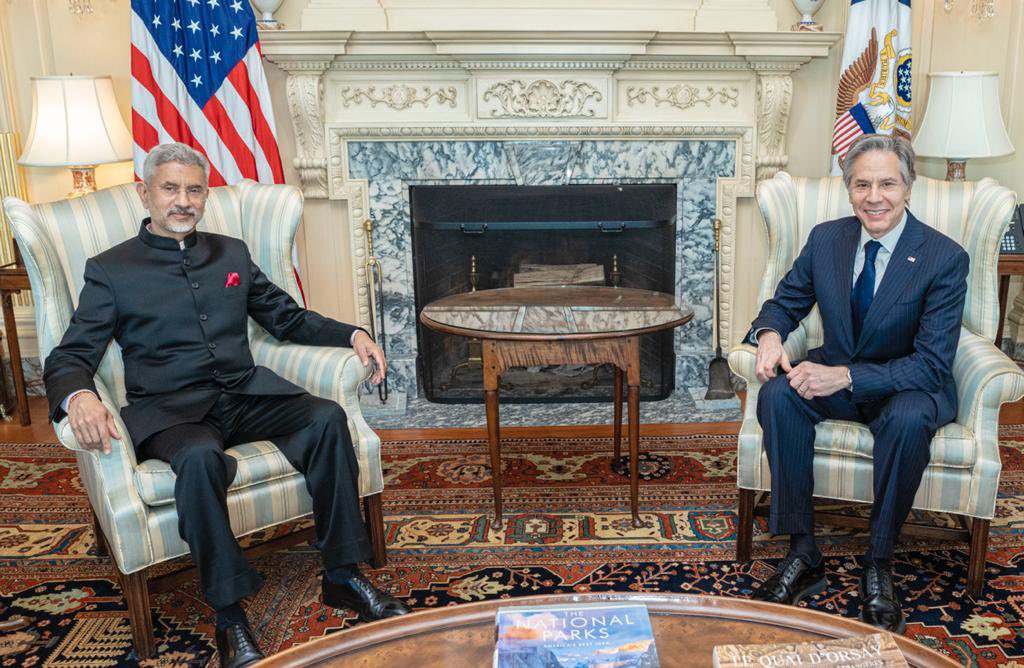 India probably buys less oil from Russia in a month that what Europe does in an afternoon: Jaishankar

NEW DELHI: India’s total purchase of oil from Russia in a month is probably less than what Europe does in an afternoon, External Affairs Minister S Jaishankar has said.

“I noticed you refer to oil purchases. If you are looking at energy purchases from Russia, I would suggest that your attention should be focused on Europe. We do buy some energy, which is necessary for our energy security. But I suspect looking at the figures, probably our total purchases for the month would be less than what Europe does in an afternoon,” Jaishankar told a reporter when asked about India’s oil purchase from Russia.

Jaishankar was addressing a joint news conference with Defence Minister Rajnath Singh along with their American counterparts Secretary of State Antony Blinken and Defence Secretary Lloyd Austin, after the conclusion of the 2+2 Ministerial on Monday.

Jaishankar said India has made a number of statements (on the Russia-Ukraine war) which outline its position in the United Nations, in the Indian Parliament, and in other forums.

“And briefly, what those positions state is that we are against the conflict. We are for dialogue and diplomacy. We are for urgent cessation of violence, and we are prepared to contribute in whatever way to these objectives,” he asserted.

The White House too came to India’s defence on the issue of oil purchase noting that its total purchase is less than one and two per cent as against 10 per cent from the United States.

“Did the President get a commitment from Prime Minister Modi not to accelerate or increase imports of Russian energy? White House Press Secretary Jen Psaki was asked during her daily news conference.

“I’ll let Prime Minister Modi and the Indians speak to that. Again, it’s 1 to 2 per cent at this point in time. They import 10 per cent from the United States. It is not a violation of any sanctions or anything along those lines. It was a constructive, direct conversation. But I will let them speak for themselves,” she said.

During the virtual summit earlier in the day, President Joe Biden conveyed that the United States is here to help India to diversify its means of importing oil.

“The imports from the United States are already significant — or much bigger than the imports that they get from Russia. And we, of course — the President conveyed very clearly that it is not in their interest to increase that. But beyond that, I would let the Indian leaders speak for themselves,” she said.

India, Psaki told reporters, is not violating any sanctions by importing oil.

“It’s a decision we made from the United States, but we also recognize different countries have their own calculations,” she said.

“What India has done to date is they have condemned the killings of civilians in Bucha. They have supported, they’ve supported calls for an independent investigation. They’ve provided over 90 tons of humanitarian relief material to Ukraine and its neighbours to include medicine and other essential relief. Earlier in the conflict, they also used its resources to evacuate almost 150 foreign nationals for 18 different countries,” she said.

Jaishankar told reporters that now there is an expanding India-US energy relationship that didn’t exist some years ago.

The United States is the second-largest LNG supplier to India and the fourth or fifth-largest crude oil supplier. “A big partner in the renewables side,” he said.

“Ultimately, the most effective way to satisfy this growth, the needs of the Indian people, the Indian economy, is of course to honour the climate goals, the ambitious climate goals that India has set, including particularly the expansion of renewables,” he said.

In fact, there’s a longstanding strategic clean energy partnership that is co-led by the Department of Energy, the Ministry of Petroleum and Natural Gas in India. That is deepening cooperation on energy efficiency and next-generation fuels, he said. ”

We have the Quad. We’ve got a working group on climate that’s partnering on green shipping corridors and on green technology,” he said.

Blinken said the State Department’s Energy Bureau has done a lot of work including collaborative studies with Indian researchers on the most economical decarbonization pathways.

“So, in all these ways and more, we are working both to deal with the impact of the Russian aggression on energy, but much more broadly with this combination of helping India meet its energy needs while advancing together the vital climate agenda that we share,” the Secretary of State said.