India’s fiscal deficit may shoot to 6.2% of GDP in FY21: Fitch Solutions 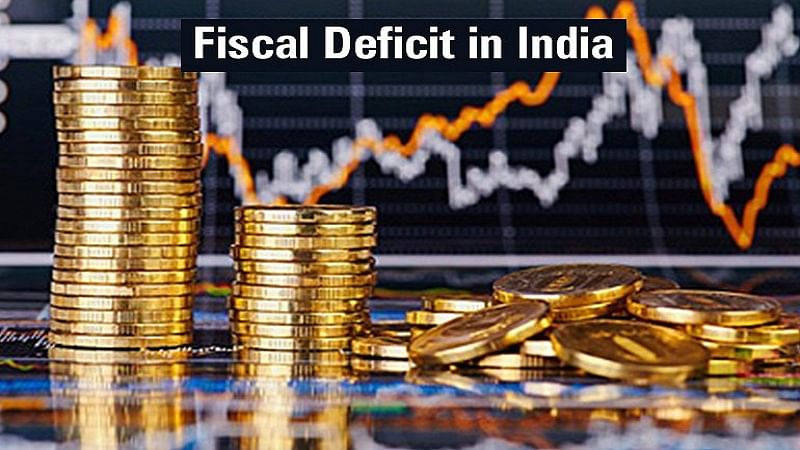 India’s fiscal deficit may shoot to 6.2% of GDP in FY21: Fitch Solutions

NEW DELHI: India’s fiscal deficit in 2020-21 may shoot up to 6.2 per cent of the GDP from 3.5 per cent government estimate as a fallout of the Covid-19 economic stimulus package, Fitch Solutions said on Wednesday.

With businesses disrupted due to the lockdown and its ripple effects, revenue will come under “heavy pressure” and may force the government to look towards additional borrowing and/or a higher central bank dividend to fund its expenditure, it said.

Underpinning the revised forecast are weaker revenue collection as a result of a sharp virus-driven downturn in economic activity and higher expenditures aimed at softening Covid-19’s economic shock.

Stating that weak economic activity will likely see revenue collection contract in 2020-21, Fitch Solutions said receipts may contract by 1 per cent from a growth of 11.8 per cent previously.

“We have revised our FY2020/21 real GDP growth forecast to 4.6 per cent, from 5.4 per cent previously, to reflect our view for growth to weaken further from our estimate of 4.9 per cent in FY2019/20 due to both economic disruptions due to domestic movement restrictions and weak global demand,” it said.

The government declared a 21-day nationwide lockdown beginning March 25. “The rushed implementation of the lockdown which gave its citizens only a few hours to prepare has reportedly caused many rural migrants in the cities to be left without food and shelter, prompting them to return to their villages, either on the last remaining carriers or on foot.”

The mass migration of such workers raises a significant risk of a larger Covid-19 outbreak across the country, it said, adding the rural areas reportedly have fewer coronavirus cases versus the cities as of end-March and the perceived safety of the rural areas has given another reason for the migrant workers to return home.

“As such, we see virus-led economic disruptions extending for several quarters, which will weigh heavily on personal and corporate income tax collections for the year,” it said.

At the same time, expenditures are expected to surge as the government responds to the Covid-19 crisis both on an economic and social front over 2020-21.

“We forecast expenditures to rise by 22.2 per cent despite lower revenue collection,” it said. “Faced with a humanitarian crisis brought about by the Covid-19 pandemic, we believe that the central government will have no choice but to increase their spending, over and above what they have planned for in 2020-21 Union Budget and the Rs 1.7 trillion (0.8 per cent of GDP) fiscal stimulus package it released on March 26.”

The package included cash handouts, free food for the poor, medical insurance for medical staff, and a temporary regulatory amendment for employees of small companies to dip into their pension fund to fund their expenditures in the meantime.

Fitch Solutions said the Rs 1.7 trillion fiscal stimulus is “inadequate to provide support the economy of India’s size amid a likely global recession”.

“In contrast, countries such as Singapore and the US have already announced stimulus packages worth 11 per cent and 10 per cent of GDP, respectively, and still are prepared to do more if necessary,” it said.

“As such, we expect additional stimulus packages to be announced by the Indian central government over the coming months, and have accordingly factored this into our deficit forecast revision.

Continued lack of medical funds and healthcare infrastructure despite additional funding poses challenges in mounting an effective response against the coronavirus outbreak, according to a report.

“The continued lack of medical funding and healthcare infrastructure inform our view for the potential epidemic to be worse in India if it is not adequately contained. With 8.5 hospital beds per 10,000 population and 8.0 physicians per 10,000, the country’s healthcare sector is not equipped for such a crisis,” Fitch Solutions said.

Moreover, the significant inefficiency, dysfunctioning, and acute shortage of the healthcare delivery systems in the public sector appear to be insufficient to match up with the growing needs of the population, it said.

Fitch Solutions noted that more than 80 per cent of the population still does not have any significant health insurance coverage and approximately 68 per cent of the Indian population has limited or no access to essential medicines.

“In addition, over the last two decades, the availability of free medicines in public healthcare facilities has declined from 31.2 per centto 8.9 per cent for inpatient care and from 17.8 per cent to 5.9 per cent for outpatient care, according to a Public Health Foundation of India study,” it said.