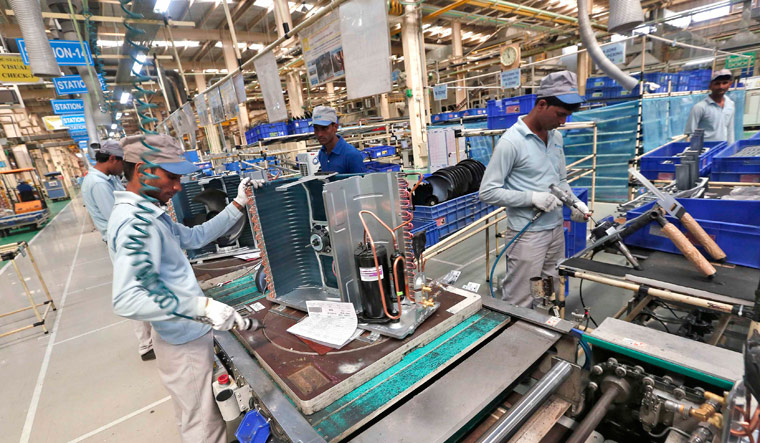 NEW DELHI: India’s industrial production rose by 0.4 per cent in December 2021, according to official data released on Friday.

According to the Index of Industrial Production (IIP) data by the National Statistical Office (NSO), the manufacturing sector’s output contracted by 0.1 per cent in December 2021.

In December 2021, the mining output climbed 2.6 per cent, and power generation increased by 2.8 per cent.

During April-December this fiscal, the IIP grew 15.2 per cent against a 13.3 per cent contraction in the same period last year.

Industrial production has been hit due to the coronavirus pandemic since March 2020, when it had contracted 18.7 per cent.

It shrank 57.3 per cent in April 2020 due to a decline in economic activities in the wake of lockdown imposed to curb the spread of coronavirus infections.