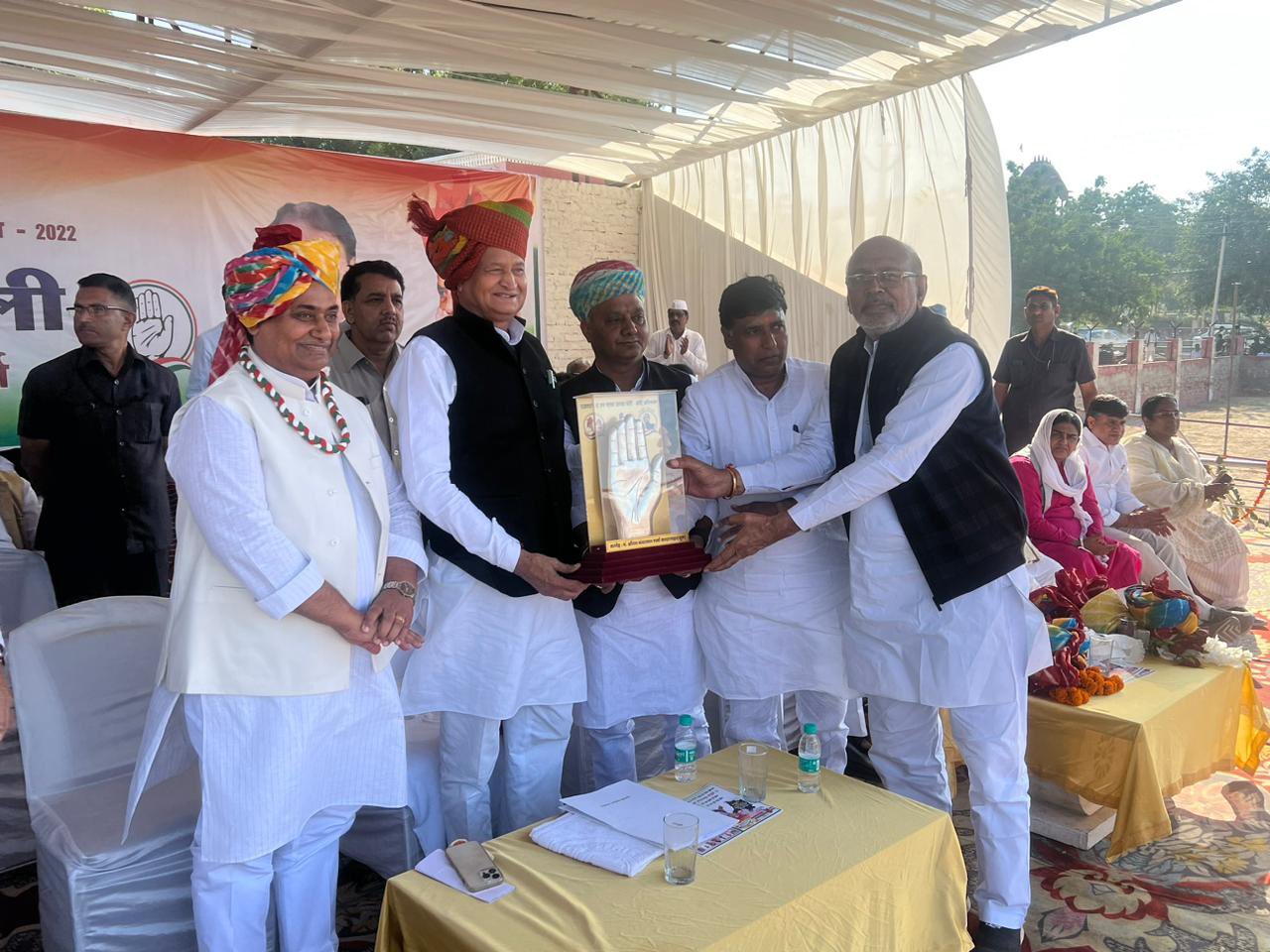 JAIPUR: Rajasthan Chief Minister Ashok Gehlot on Thursday alleged that skyrocketing inflation and rising unemployment had broken the back of the people of India. Gehlot was addressing a public meeting in support of Anil Sharma, the Congress candidate in Sardarshahar where Assembly bypolls are to be held on December 5.

Targeting the BJP-ruled central government, Gehlot said, ”It is a time of fierce inflation. Inflation has broken the back of families in the country. Unemployment is terrible and people are not getting jobs. On the other hand, the Rajasthan government has given 1.35 lakh jobs, 1.25 lakh jobs are under process, and I have announced one lakh more jobs.

”We are giving jobs that probably no other state is giving.” Gehlot also highlighted the Congress’ contribution to the freedom struggle and said BJP leaders did not understand it as they made no contribution to it. He alleged that the BJP was making efforts to forget Mahatma Gandhi, Jawaharlal Nehru, Sardar Patel, Maulana Azad — leaders who spent time in jail — and added ”the Constitution was being torn to pieces and democracy is in danger”.

Appealing for the Congress candidate’s victory, Gehlot said the state government had neither kept a shortage of work in the area nor would it do so in the future.

Referring to the schemes of his government, he said, ”Rajasthan is giving pension to one crore people. Electricity bills of eight lakh farmers have gone down to zero.” He also fired a jab at BJP candidate Ashok Pincha and said the saffron party had fielded someone who had lost four elections knowing that he would not win.

The Congress’ Rajasthan unit chief President Govind Singh Dotasra and other leaders and MLAs were present on the occasion.

The party has also released its list of star campaigners, which includes Gehlot, Dostara, Ajay Maken and Sachin Pilot, among others. Results of the bypoll will be declared on December 8.