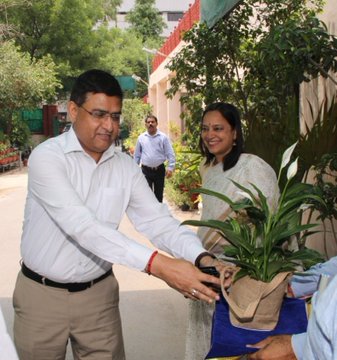 The 1984-batch Gujarat cadre officer has been appointed as the Director General (DG) of the NCB in an “additional” capacity. He is already serving as the DG of the Bureau of Civil Aviation Security (BCAS).

The Appointments Committee of Cabinet headed by Prime Minister Narendra Modi, as per an order issued by the Union home ministry Wednesday, had approved for “entrustment of the additional charge of the post of Director General Narcotics Control Bureau” to Asthana for next six months or till a new incumbent is appointed.

The post of NCB chief was lying vacant since July 4 after incumbent Abhay was appointed as Director of Hyderabad-based Sardar Vallabhbhai Patel National Police Academy.

Asthana, who was second in command in the CBI, was transferred as DG BCAS after a bitter tug of war with the then chief of the investigation agency Alok Verma.

Both officers had levelled allegations of corruption on each other after which they were sent on leave by the Centre.

The CBI had registered an FIR against Asthana alleging corruption. He had strongly denied all the allegations and had claimed that he was booked because of a complaint he made against Verma.

At the NCB, the officer is expected to review and initiate quality operations to crack on the narcotics smuggling, nexus of drugs mafia and couriers and money laundering crimes in the wake of the Union government’s stress to act against such instances.