IT majors propose to set up units at cost of Rs 20,000 crore in Uttar Pradesh 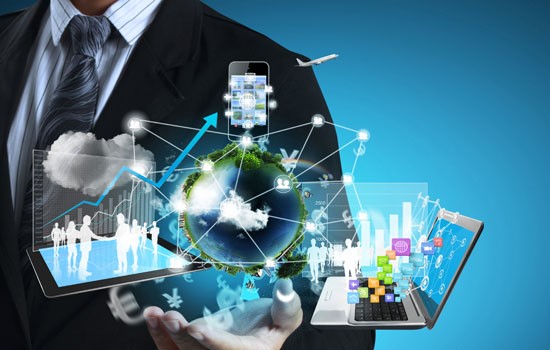 IT majors propose to set up units at cost of Rs 20,000 crore in Uttar Pradesh

NEW DELHI: The Yogi Adityanath Uttar Pradesh government in Uttar Pradesh would develop a data centre park spread over 200 acres of land in Sector 28 of Yamuna Expressway Industrial Development Authority (YEIDA) in Gautam Budh Nagar district. The implementation of this plan gets underway towards the end of this month.
The Yogi Government believes that the data centre park at Noida would attract investments from information and technology (IT) industry giants both from within the country and abroad.  According to YEIDA officials, the park is likely to attract an investment of Rs 20,000 crore, offering employment to thousands of people.
The officials exuded confidence that the park would emerge as a force to reckon with in the IT and electronics sector in near future.
It is worth mentioning here that many leading companies in the IT and electronics sector have invested heavily in Noida in the last four years due to  the investor-friendly policies of Yogi government. Renowned companies like MNC Microsoft, Adani Group and MAQ have recently bought land to set up data centres in Noida. Besides these, HCL, Google and TCS have already established themselves in Noida whereas Hiranandani Group, Netmagic Services, STT Pvt Ltd and Aggarwal Associate Ltd are in touch with the Government to set up their own data centres.
The investments have been brought to the state in the fields of data centre and software technology solely because of the initiatives of CM Yogi as until four years ago these companies were wary of establishing their firms because of law and order issues as well as bureaucratic red tape.
The Yogi Government after assuming office drafted a new IT policy and announced several concessions and relaxations for the investors. The concessions given under this Electronics Manufacturing Policy-2017 encouraged 30 big investors to show interest in investing Rs 20,000 crore in the IT sector. In view of the increasing interest of investors in the IT sector, the Chief Minister decided to declare Noida, Greater Noida and Yamuna Expressway areas located in the National Capital Region as ‘Electronics Manufacturing Zones’. With this decision of the government, many reputed companies of China, Taiwan and Korea came forward to set up their units in UP.
Last year Microsoft, Adani Group, MAQ, Hiranandani Group, Netmagic Services, STT Pvt Ltd and Agarwal Associate Ltd also took the initiative to invest in UP. Acting on the investment proposals of these companies, the New Okhla Industrial Development Authority has allotted 60,000 square metres to Microsoft in Sector 145. Microsoft’s software park and data centre will soon be set up on this land at the cost of Rs 1,800 crore. More than 3,500 people will get employment in this project.
Similarly, Noida Authority has allotted a plot of 34,275 square metres to Adani Group at a prime location in Sector-62 and 39,146 square metres to Adani Enterprises in Sector-80. The company proposes to set up a world class data centre on this land at the cost of Rs 2,500 crore. Apart from this, the Noida Authority has allotted a large plot of 16,350 square metres to MAQ India Pvt Ltd in Sector-145. One of the leading IT and ITeS companies in the world, MACQ will invest Rs 250 crore to set up its IT unit.
Besides, IT sector majors such as Hiranandani Group, SS Telemedia, Netmagic Services including STT Pvt Ltd and Agarwal Associate Ltd are willing to set up their data centres in Noida. Many foreign IT companies are also keen on investing in Noida. In view of the growing interest of investors, the government has decided to develop a data centre park on 200 acres of land in Sector 28 of YEIDA. Priority in allotment of land will be given to proposals for setting up data centres of a capacity of 40 MW.
The Government will also give a subsidy of up to 60 percent in the loan borrowed by investors. Besides, 25 percent subsidy will be given for buying land. First time companies will be given 100 percent exemption from stamp duty whereas firms setting up second units will get a discount of 50 percent.

YEIDA officials believe that the world’s leading companies will invest in the data centre park being developed in Sector 28. Major IT companies of the world are setting up their factories in Noida, Greater Noida and YEIDA areas and the production will start in a few years. The companies will make new software, including educational software and video games in Noida. At present Chinese and American companies lead in making such software and video games.