ITBP gets land for its headquarters in Delhi 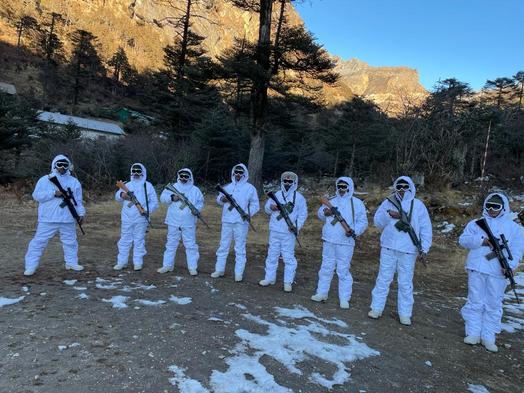 ITBP gets land for its headquarters in Delhi

K Palaniswami on Tuesday said he does not aspire for the high post of CM but considered himself as “in-charge” having overall responsibility to “execute the task” people assign to him.

His role as chief minister was only to serve the people as what remained everlasting is one’s good deeds.

The chief minister who launched “Vetrinadai Podum Tamizhagam” (Tamil Nadu leading the way), his poll campaign in Rasipuram in this district, said the people are the real chief ministers.

“Earlier I was introduced as the chief minister. But I see everyone of you as chief minister. The people are the real chief ministers because you gave me this post which I accepted as in-charge to serve you, to execute the task you assign to me.

Like others, I dont aspire for the chief ministers chair because as one hailing from a village I wish to work hard,” Palaniswami said amid thunderous applause from party workers who had gathered in large numbers.

He said he came up in life through sheer hard work.

“I came up by working hard and thank our leaders (Late chief ministers) M G Ramachandran and J Jayalalithaa for this. What remains everlasting is our achievements.

This is what both our leaders have left behind through their good deeds,” Palaniswami, whom the ruling AIADMK has announced as the chief ministerial candidate for the 2021 polls, said.

He is also the AIADMKs co-coordinator.

Training his guns against DMK chier M K Stalin, the chief minister accused him of spreading misinformation that AIADMK party men are involved in door-to-door distribution of tokens for collecting the Pongal gift of Rs 2,500.

Stalin was spreading false information as he was unable to digest the fact that the Pongal cash gift scheme received overwhelming response from the people, he ed.

His government had announced a Pongal cash gift of Rs 2,500 and hampers to all rice cardholders in the state, as the poor people are affected due to COVID-19 pandemic.

“He is doing so because the AIADMK will earn a good reputation among the people,” he said.

Last year, the DMK went to the court seeking to stall the distribution of Rs 1,000 cash to ration cardholders as that party disliked doing good things for the people, Palaniswami said, adding, he had announced Rs 2,500 cash gift to enable the affected people celebrate Pongal happily.

Ramachandran and Jayalalithaa always desired that poor people should live happily and hence the present AIADMK government is fulfilling their desire.

Palaniswami, who earlier offered prayers at the Anjaneyar Temple in Namakkal, appealed to the people to cast their votes in favour of the Two Leaves, the AIADMK symbol, in the next year’s Assembly elections, due in April-May.

He campaigned while sipping tea at a house and interacting with traders and vendors at the temple premises.