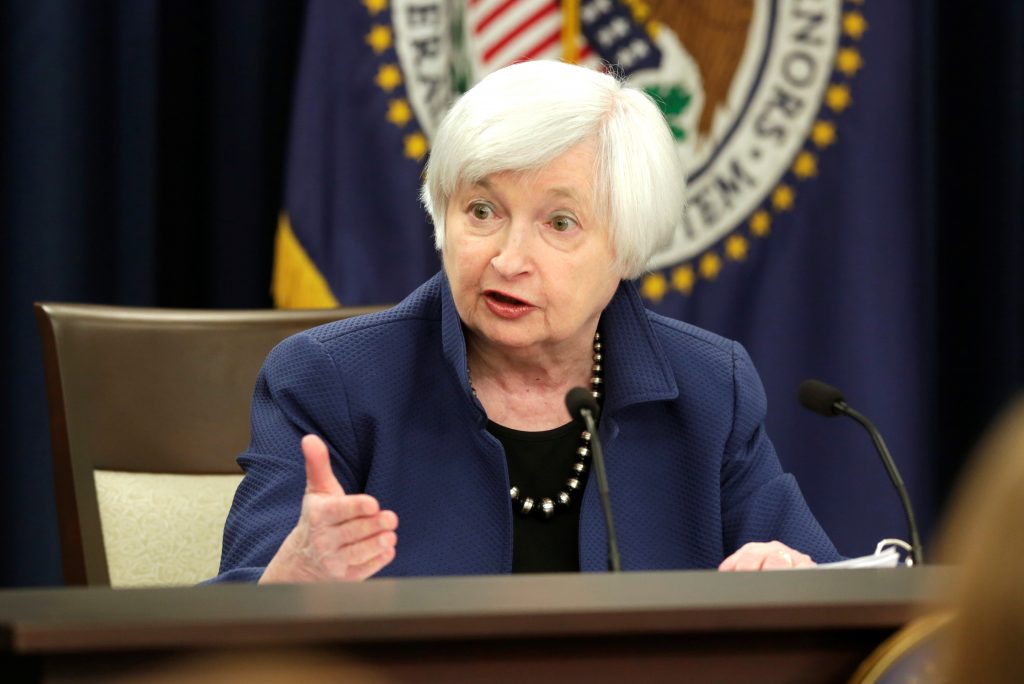 WASHINGTON: US President-elect Joe Biden is planning to nominate former Federal Reserve Chair Janet Yallen as his Treasury Secretary to lead his economic response to the raging coronavirus pandemic, which has wreaked havoc on the world’s biggest economy and led millions of Americans to lose their jobs.

A formal announcement on 74-year-old Yellen would be made soon, according to The Wall Street Journal and The Washington Post. The Treasury Secretary is fifth in the presidential line of succession.

If confirmed by the Senate, Yellen would be the first woman to hold the job.

Currently at the Brookings Institute think-tank, she was Federal Reserve Chair from 2014 to 2018 and was Chair of the White House Council of Economic Advisors from 1997 to 1999.

Ms Yellen, who was the first woman to lead the Fed, would become the first person to have headed the Treasury, the central bank and the White House Council of Economic Advisers, The Wall Street Journal said.

The Biden-Harris administration, however, did not comment on the potential announcements.

The President-elect looks forward to announcing some members of his economic team early next week who will work with him to build the economy back better, said Jen Psaki, an advisor to the transition.

Her nomination would be one of the early signs that shows Biden plans to lean on experienced Washington veterans to lead the government next year, The Washington Post reported.

The reports of her potential nomination were seen as welcome news by the financial market in New York, which was reflected in surging stocks.

Janet Yellen is an excellent choice. There’s a lot to be excited about, but here’s a big one: As a former Fed chair, she has great relationships across the globe. She can start repairing the damage in economic diplomacy from the past four years, said Michael R Strain, Director of Economic Policy Studies at American Enterprise think-tank.

Yellen is an excellent choice for Treasury Secretary. She was my boss when I was a Senior Economist for International at the Council of Economic Advisors in 1998-99. The most wise boss ever! said Nouriel Roubini, New York University economics professor.

According to The Wall Street Journal, she is viewed by Biden transition officials as a credible authority on the dangers of prematurely withdrawing government stimulus and as someone who could collaborate closely with the Fed and executive-branch agencies to engineer more support if Congress is reluctant to take additional action.

Janet Yellen is an excellent choice for Treasury Secretary. Having had the opportunity to work with then-Chair Yellen, I have no doubt she will be the steady hand we need to promote an economy that works for everyone, especially during these difficult times. Congratulations, said Gary Cohen, who served as Assistant to the President for Economic Policy and Director of the National Economic Council from January 2017 until April 2018.

The US economy, the world’s biggest, lost millions of jobs due to the coronavirus pandemic which battered the global economy. Economists said that the US economy entered recession in late March, when nearly the whole country went into lockdowns.