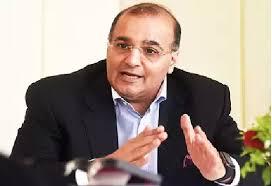 MUMBAI: Kapil Wadhawan, promoter of the bankrupt Dewan Housing Finance Corporation Ltd (DHFL), has offered the monetisation of his family’s properties which he says are worth around Rs 43,000 crore for repayment towards the lenders.

In a letter to the RBI-appointed administrator of DHFL, R. Subramaniakumar, Wadhawan said that as bids come in for the acquisition of the company, it is necessary that the right value is received for all the properties and no attempt is to be made to mislead or suppress the value.

Wadhawan has requested the administrator to allow him to make suggestions and facilitate the resolution process of DHFL.

“I may straightaway say that I am willing to offer and I propose that I may be allowed to offer the properties owned even by the family at your disposal to be monetized in the most appropriate manner to ensure repayment to the lenders of DHFL,” he said.

He said that the total value of the properties would at least be Rs 43,040 crore.

Claiming that his paramount concern has been a successful resolution of DHFL and maximization of value of its assets during the resolution, Wadhawan said: “I propose that I be allowed to transfer the right, title and interest in the various projects which form part of the real estate portfolio of the family to DHFL to enable a proper and complete resolution of DHFL and to maximize the value of the properties.”

Citing a valuation report he wrote that the valuation of the concerned projects is about Rs 43,879 crore, and said that that value is 15 per cent lower than the market value.

In the letter dated October 17, Wadhawan hoped that the resolution process is concluded in a positive manner.

However he said “the unfounded allegation being made against me will negatively affect the entire process.”

The deadline for submitting bids for DHFL ended on Saturday and four resolution plans were submitted.

In November last year, the Reserve Bank of India referred DHFL for bankruptcy under the Insolvency and Bankruptcy Code at the National Company Law Tribunal (NCLT). Its resolution is now underway at the Mumbai bench of NCLT.

(Rituraj Baruah can be contacted at Rituraj.b@ians.in)