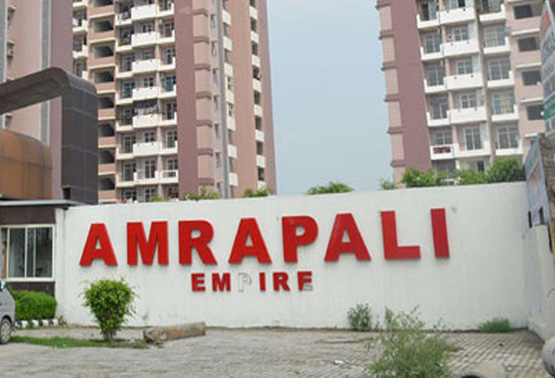 NEW DELHI: A list of 6,000 aggrieved homebuyers of six different Amrapali projects was on Friday submitted to the Supreme Court on its direction by their counsel M L Lahoty.

On August 26, a bench headed by Justice Arun Mishra asked Lahoty to furnish project-wise details of the people, who are presently residing in various apartments of the projects of embattled Amrapali Group.

The bench had directed the authorities to create a special cell for each project to ensure speedy work.

The homebuyers had submitted that a total of Rs 2,000 crore was required to complete the unfinished projects in both the areas, following which, the court directed its registry to release Rs 7 crore to National Buildings Construction Corporation (NBCC) to complete two stalled projects of the real estate group in Noida and Greater Noida.

It had also directed that a forensic audit report be supplied to the probe agencies — Enforcement Directorate and Delhi Police’s Economic Office Wing (EoW) — for taking appropriate action against the accused.

On August 13, the apex court ordered the Noida and Greater Noida authorities to commence the registration of the flats and asked Lahoty to file a report in the case.

It had warned that strict action would be taken against officers concerned if there was any delay on their part in handing over possession of flats to the buyers.

On July 23, the court asked the NBCC to complete the unfinished housing projects of Amrapali in Noida and Greater Noida areas and handover these to the homebuyers as soon as possible.