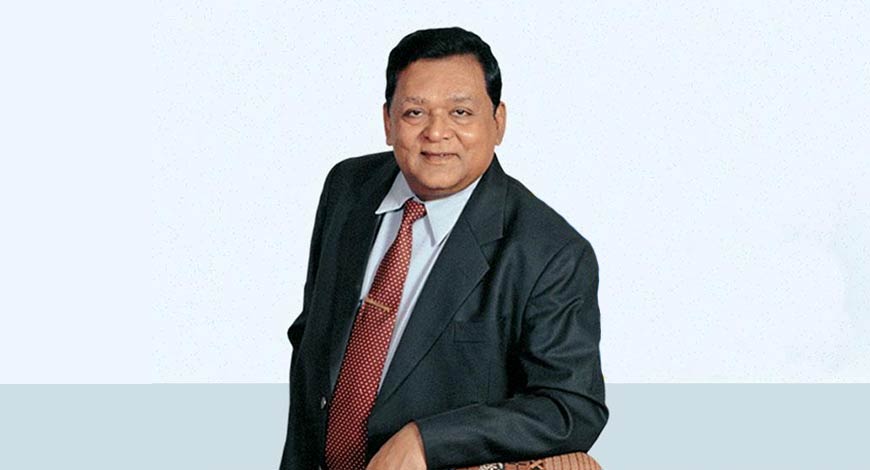 NEW DELHI: Engineering and construction giant Larsen & Toubro on Saturday said its board has given nod for reappointment of A M Naik as non-executive chairman of the company for a period of three years from October 1, 2020.

Naik’s present tenure is scheduled to end on September 30, the conglomerate said in a regulatory filing to the BSE.

The board also gave approval for extending the tenure of whole-time Director Dip Kishore Sen.

“The Board of Directors at its meeting held on June 5, 2020, based on the recommendation of the Nomination and Remuneration Committee and subject to necessary approvals of the shareholders of the Company, has approved the … proposals for re-appointment of Directors, whose present tenures are ending on September 30, 2020,” L&T said.

Under Naik’s leadership, L&T overcame multiple challenges and emerged stronger with a sharper focus on profitable growth. Media surveys and peer group assessments rank him as among the world’s best performing business leaders, the conglomerate said.

Joining the company as a Junior Engineer in 1965, Naik rapidly rose to positions of increasing responsibility as he moved from General Manager to Managing Director and CEO, leading to his appointment as Chairman and Managing Director on December 29, 2003. He was the Group Executive Chairman of L&T from 2012 to 2017. In October 2017, he stepped aside from executive responsibilities, and was appointed Group Chairman.

“In pursuit of the mission to transform L&T into a world-class conglomerate, Naik led a transformational process that boosted shareholder value. His leadership has seen a remarkable increase across all parameters of business performance – market capitalisation, consolidated turnover and net worth. He also spearheaded the restructuring of the conglomerate to facilitate aggressive growth across a large revenue base,” the company said.

Decades back, Naik kick-started the process of indigenising the manufacture of critical equipment for the defence sector and process industries. His efforts led to L&T assuming leadership position in the design, development and manufacture of missiles and weapon systems and forged a vibrant relationship with national bodies for defence research & development and space research.

“Naik infused a global perspective to L&T’s operations. This involved revamping mindsets and ensuring that virtually every critical activity is benchmarked against global standards,” the company noted.

Other landmark achievements that have yielded significant value for the company and its stakeholders include the de-merger of the cement business.

He conceptualised the proposal for the L&T Employees’ Trust, which has ringfenced L&T, enabling the company to retain its unique character and strengthen the employees’ sense of belonging.

Naik’s emphasis on human resources and the nurturing of human capital triggered major initiatives to attract, retain and groom talent. He has also been principally responsible for the use of IT as a major enabler across L&T’s businesses.

Naik was also instrumental in setting up the Larsen & Toubro Public Charitable Trust, which is engaged in a wide spectrum of community development initiatives including skill training at several locations around the country.

In November 2018, the government appointed Naik chairman of the National Skill Development Corporation (NSDC) the apex-level body that charts the course for skill training of India’s youth.

“In his personal capacity, Mr Naik remains deeply committed to the community. He has pledged 75 per cent of his wealth to social causes in the sectors of healthcare, education and skill development. A robust mechanism which he put in place ensures that every philanthropic initiative is continuously monitored and achieves stated targets,” the company said.

Naik is the Honorary Consul General for Denmark. He was conferred the Danish Knighthood by Queen Margrethe in 2008 and a further honour, the Order of the Dannebrog – Knight First Class in 2015.

Dip Kishore Sen is Whole-time Director and Senior Executive Vice President (Infrastructure), Larsen & Toubro. He holds additional responsibilities as Chairman on the boards of L&T Infrastructure Engineering Company and L&T Oman LLC and is also a member on the board of L&T Qatar LLC.

A Civil Engineering graduate from IIT Kharagpur and a Post Graduate in Business Management from XLRI, Jamshedpur, prior to joining Larsen & Toubro, Sen worked for 12 years for a clutch of companies like Tata Steel, Jamshedpur, Development Consultants, Kolkata and was involved in a turnkey EPC Transmission line project in Malaysia.

He started his tenure at L&T in 1989 as Senior Manager (Civil & Structural Design) in EDRC Kolkata and has subsequently headed various portfolios.