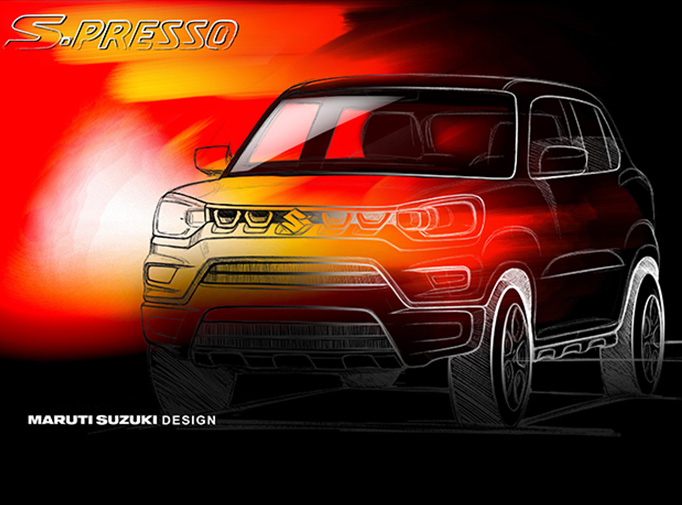 The new model, which is based on the company’s fifth generation HEARTECT platform, comes with a BS-VI compliant one-litre petrol engine with a claimed fuel efficiency of 21.7 km per litre.

The company’s engineers and designers have created this new mini SUV which is aggressive on the outside and comes with bold and dynamic interiors, he added.

“Nothing like this has ever been attempted before, on a vehicle in this segment. It connects with today’s aspirational and passionate youth,” Ayukawa said.

The model will define the next generation of design for compact vehicles in the country, he added.

The S-PRESSO has been designed, developed and validated using Suzuki’s global development processes and will be sold countrywide through the company’s ARENA retail network, Ayukawa said.

“While working with their counterparts in SMC, Japan, engineers from Maruti Suzuki worked on this car.They worked on it here in India, at our world-class R&D Center at Rohtak,” Ayukawa he added.

The model brings contemporary and relevant global technology to Indian customers, he added.

Ayukawa said the company believed that the current slowdown in the market was a short-term phenomenon.

“We believe that the current turbulent times are a short-term challenge.We continue to have confidence in India’s long-term growth story,” he added.

The company is confident that the model will help change the sentiment of the market, Ayukawa said.

Starting this festive season it will re-energise the industry on growth path, he added.

S-PRESSO, which would also be exported to global markets like Latin America, Africa and ASEAN over the next 3-6 months, comes equipped with latest safety features.

Ayukawa said that S-PRESSO becomes the eighth model in the company’s portfolio to be compliant with upcoming BS-VI emission norms, much ahead of the timeline.

MSI Senior Executive Director (Engineering) CV Raman said the new model comes with 98 per cent of localisation and the company has invested Rs 640 crore on the development of the vehicle.