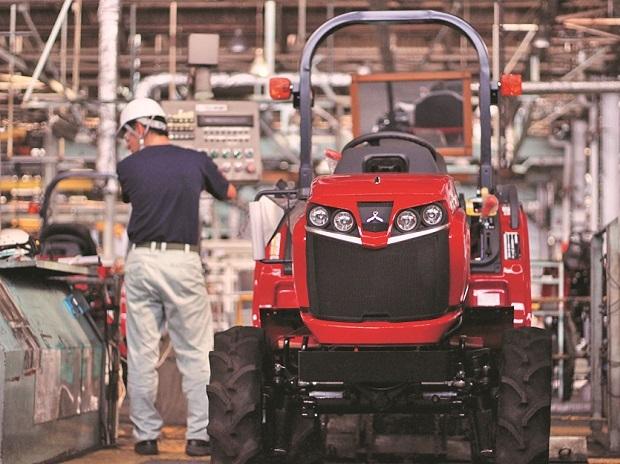 NEW DELHI: Mahindra & Mahindra’s (M&M) Farm Equipment Sector (FES) on Tuesday announced that it will manufacture a new series of tractors called the ‘K2’, exclusively at the company’s tractor manufacturing facility at Zaheerabad in Telangana.

“Developed through close collaboration between the engineering teams from Mitsubishi Mahindra Agricultural Machinery of Japan and Mahindra Research Valley, India, the K2 series aims to create a lightweight tractor program for both domestic and international markets,” M&M said in a statement.

The new series will cater to domestic as well as international markets including USA, Japan, and Southeast Asia.

As per the company ‘K2’ series will bring incremental investments of Rs 100 crore into Mahindra’s Zaheerabad facility and double employment in the tractor plant by 2024.

K.T. Rama Rao, Minister for IT, Industries, MA & UD, Government of Telangana said: “K2 tractors have been designed in collaboration with Mitsubishi, and their manufacturing in Mahindra’s plant in Zaheerabad would be a matter of great achievement for the entire country.

“One of the most remarkable features of Telangana’s investment landscape over the last six years is a series of repeat investments by our existing investors. The new investment by Mahindra is one such example,” he said.

Rajesh Jejurikar, Executive Director, Automotive & Farm Equipment Sector, M&M sadi that Mahindra is on an exciting path to developing the K2 series, one of our most ambitious tractor programs.

“This project is focused on diversity and scalability, to meet the varied expectations and different regional requirements of customers and markets across the world,” he said.

Established in 2012, Zaheerabad is Mahindra’s largest tractor manufacturing plant in terms of capacity. The facility also manufactures the company’s next-generation range of Yuvo and Jivo tractors, including the recently launched Plus Series of tractors.

Currently, Mahindra has invested close to Rs 1,087 crore at its facility in Zaheerabad. The farm equipment manufacturing unit employs over 1,500 workers, with a capacity of over 1 lakh tractors per year on a two-shift basis.