Mount Everest is higher than we thought, say Nepal and China 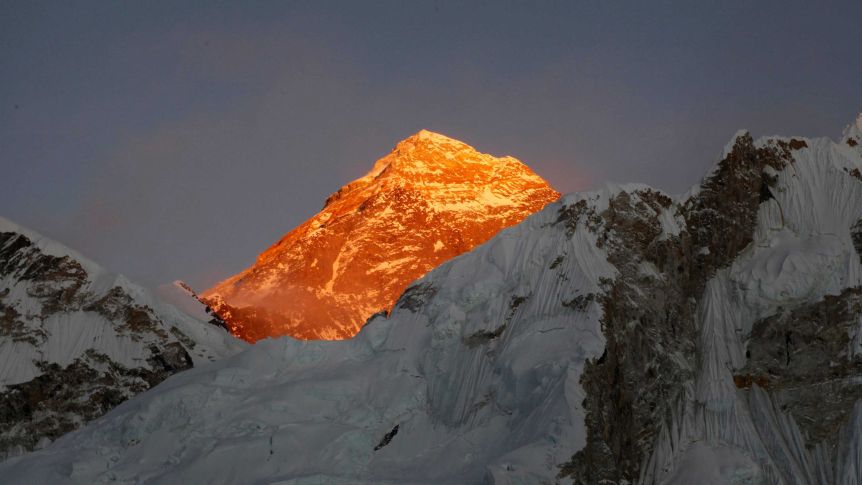 Mount Everest is higher than we thought, say Nepal and China

KATHMANDU:Mount Everest is higher than previously thought, Nepal and China said on Tuesday, settling a long-running conflict over the height of the world’s tallest peak that straddles their shared border.

Kathmandu and Beijing had differed over its exact height but after each sent an expedition of surveyors to the summit they have agreed that the official height is 8,848.86 metres (29,031.69 feet), a bit more than their previous calculations.

Everest is an “eternal symbol of … friendship between Nepal and China,” said Nepali Foreign Minister Pradeep Kumar Gyawali, announcing the findings of their surveys on a video call with his Chinese counterpart Wang Yi.

Nepal had never previously measured the height of Mount Everest on its own but had used the 8,848 metres (29,028 feet) estimate made by the Survey of India in 1954 that includes snow.

Mountaineers had suggested a 7.8 magnitude earthquake in 2015 which killed nearly 9,000 people in Nepal may have altered the height of Everest.

Nepal, which is home to another seven of the world’s 14 highest peaks, sent its first team of surveyors in May last year to measure Everest. Chinese surveyors then climbed the peak in spring this year, when the mountain was closed by both countries for other climbers due to the coronavirus pandemic.

EARTHQUAKE
Damodar Dhakal, spokesman for Nepal’s Department of Survey, said the Nepali surveyors had used the Global Navigation Satellite System to get “the precise height” of the giant peak.

Garrett Madison of the U.S.-based Madison Mountaineering company said he was excited about climbing the “new heights” on Mount Everest next year.

“Surely some new records for climbing the ‘highest Everest’ will happen in 2021,” the 42-year-old ten times Everest summiteer told Reuters in a text message. “Hopefully I get Everest summit #11 in 2021!”

Many Western climbers use the slightly greater height of 8,850 metres (29,035 feet) determined in 1999 by the National Geographic Society and Boston’s Museum of Science, in a survey that used satellite-based technology to measure the peak.

The 2015 earthquake, which occurred during peak climbing season, triggered massive avalanches that killed 18 people at the base, halting the season’s mountaineering activities.

The following year, climbers who scaled the summit said an Everest landmark, Hillary Step – a 13 metre (40 feet) near-vertical rock formation below the summit – had collapsed from the impact of Nepal’s worst earthquake ever recorded.

Everest has been climbed 10,184 times by 5,789 people from both sides since it was first scaled by New Zealander Sir Edmund Hillary and Sherpa Tenzing Norgay in 1953, according to the Himalayan Database, which maintains records on climbs.

At least 311 people have died on its slopes.