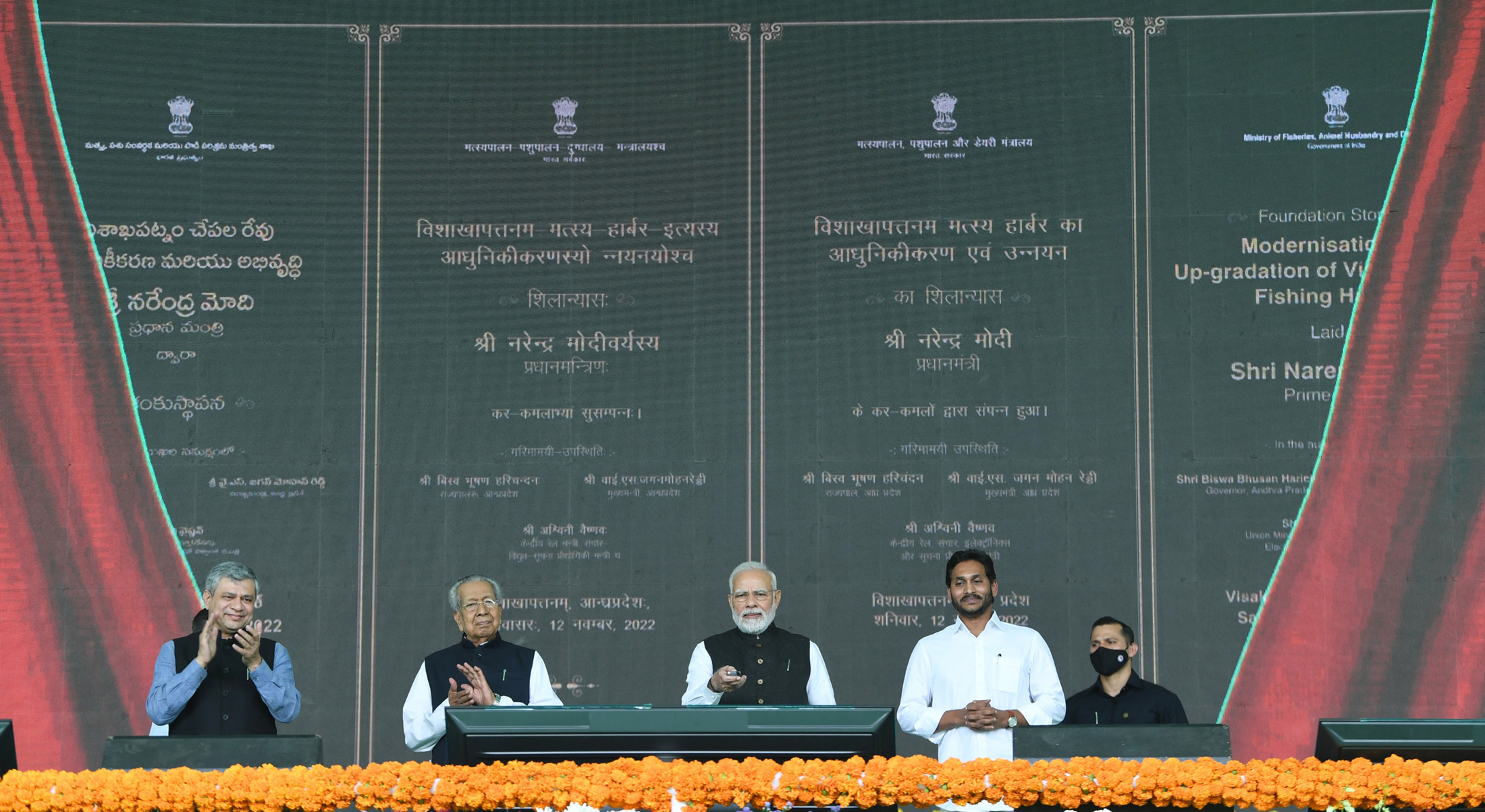 It is the deepest gas discovery project with a production potential of about three million metric standard cubic metres per day (MMSCMD). On the second day of his two-day tour of the state, the Prime Minister in all launched nine projects worth Rs 15,233 crore in virtual mode from the Andhra University Engineering College grounds and unveiled a plaque.

Modi laid foundation stone for the AP section of six-lane 100-km access-controlled greenfield Raipur- Visakhapatnam Economic Corridor of NH-130CD that will be built at a cost of Rs 3,778 crore.

The Economic Corridor will provide faster connectivity between various industrial nodes of Chhattisgarh and Odisha to Visakhapatnam Port and Chennai Kolkata National Highway. It will also improve connectivity to tribal and backward areas of AP and Odisha.

The project is expected to be completed by October 2024, with a provision for expansion to 10-lane in future. Among others, the PM laid the foundation stone for a dedicated Port road from Convent Junction to Sheela Nagar Junction in Visakhapatnam.

The Rs 566 crore project will serve as a dedicated freight corridor for Visakhapatnam Port traffic and ease traffic congestion in the city. The road will be completed by March 2025. The Rs 2,650 crore 745-km Srikakulam Angul Natural Gas Pipeline Project of GAIL, for which he laid the foundation, will have a capacity of around 6.65 MMSCMD. A part of the Natural Gas Grid (NGG), the new pipeline will create vital infrastructure for supply of natural gas to households, industries, commercial units and automobile sector in AP and Odisha.

The pipeline will supply natural gas to the City Gas Distribution Network in Srikakulam and Vizianagaram districts of AP. The long-delayed modernisation of the Visakhapatnam Fishing Harbour will finally take-off as the Prime Minister laid the foundation for the Rs 152 crore project. The upgradation and modernisation will double the handling capacity from 150 to 300 tonnes per day and provide safe landing and berthing.

The Prime Minister virtually inaugurated the Grass Root petroleum depot at Guntakal built by the Union Ministry of Petroleum and Natural Gas at a cost of Rs 385 crore.

He also dedicated the Vijayawada-Gudivada-Bhimavaram, Gudivada-Machilipatnam-Bhimavaram-Narasapuram railway lines doubling and electrification project to the nation. The project was completed last month at a cost of Rs 4,106 crore.