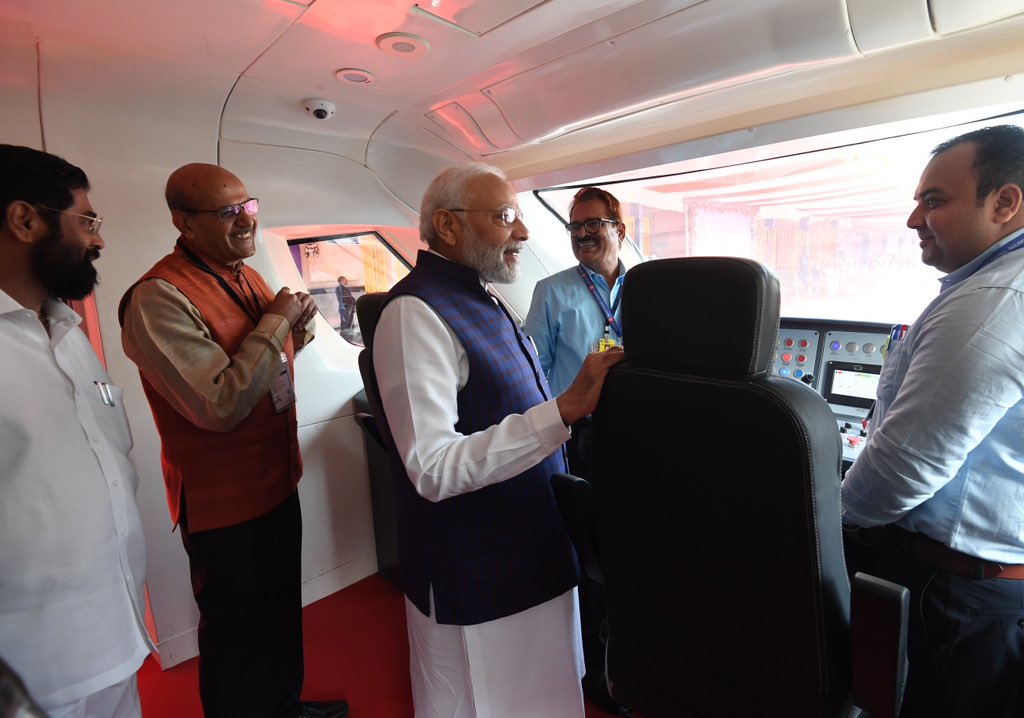 NEW DELHI: The Prime Minister Narendra Modi laid the foundation stone and dedicated to the nation various projects worth more than 75,000 crore in Maharashtra today. It includes national rail projects worth more than 1500 crores, National Institute of One Health (NIO), Nagpur and Nag river pollution abatement project, Nagpur. During the programme, the Prime Minister also dedicated ‘Central Institute of Petrochemicals Engineering & Technology (CIPET), Chandrapur’ to the nation and inaugurated ‘Centre for Research, Management and Control of Hemoglobinopathies, Chandrapur’.

Flagged off the Vande Bharat Express between Nagpur and Bilaspur. Connectivity will be significantly enhanced by this train. pic.twitter.com/iqPZqXE4Mi

Earlier today, the Prime Minister flagged off Vande Bharat Express from Nagpur to Bilaspur, dedicated ‘Nagpur Metro Phase I’ to the nation, and laid the foundation stone of ‘Nagpur Metro phase- II’. The Prime Minister also inaugurated Phase – I of Hindu Hrudaysamrat Balasaheb Thackeray Maharashtra Samruddhi Mahamarg which covers a distance of 520 kilometres and connects Nagpur and Shirdi.

The Prime Minister also dedicated to the nation, AIIMS Nagpur which is being developed at a cost of more than Rs 1575 crore, is a hospital with state-of-the-art facilities, with OPD, IPD, diagnostic services, Operation theatres and 38 departments covering all major speciality and super speciality subjects of Medical Science. The hospital provides modern healthcare facilities to the Vidarbha region of Maharashtra and is a boon to the surrounding tribal areas of Gadchiroli, Gondia and Melghat.

Addressing the gathering, the Prime Minister greeted on the auspicious occasion of Sankashti Chaturthi and hailed Lord Ganpati. The Prime Minister highlighted that this very special day when a bouquet of development works is being launched from Nagpur, Maharashtra will transform the lives of people. “Today a constellation of eleven new stars is rising for the development of Maharashtra which will help in achieving new heights and provide a new direction”, he said.

We are committed to delivering on top quality infrastructure and the Mahamarg between Nagpur and Shirdi is an example of this effort. Inaugurated this modern road project and also drove on the Mahamarg. I am sure it will contribute to further economic progress of Maharashtra. pic.twitter.com/Conx6yBkmR

Listing out all the 11 projects the Prime Minister said, “Hindu Hriday Samrat Balasaheb Thackeray Maharashtra Samridhi Mahamarg is now ready from Nagpur to Shirdi, AIIMS will benefit the people of Vidarbha, the establishment of National Institute of One Health, ICMR’s research Centre built in Chandrapur, the establishment of CIPT Chandrapur, Various Projects in Nagpur to reduce the pollution of Nag river, the inauguration of Metro Phase I and laying the foundation stone of Phase II, Vande Bharat Express between Nagpur to Bilaspur, the project of redevelopment of ‘Nagpur’ and ‘Ajni’ Railway Station, the inauguration of maintenance depot of 42 thousand horsepower rail engine at Ajni and inauguration of Kohli-Narkhed route of Nagpur-Itarsi line.” The Prime Minister congratulated the people of Maharashtra for these completed and upcoming projects.

The Prime Minister highlighted that today’s projects are proof of the pace of work by the double-engine government of Maharashtra. He underlined that Samruddhi Mahamarg is not just reducing the distance between Nagpur and Mumbai but is also linking 24 districts of Maharashtra with modern connectivity. Apart from a boost in employment opportunities, the Prime Minister said that these connectivity projects will benefit the farmers, pilgrims and industries that are situated in the region.

Throwing light on the intrinsic planning of these projects, the Prime Minister said that projects that have been inaugurated today paint a picture of the holistic vision of infrastructural development. “Be it AIIMS Nagpur or Samriddhi Mahamarg, be it Vande Bharat Express or the Nagpur Metro, all these projects may differ in their attributes but when put together in the form of a bouquet, the essence of a complete development will reach every citizen”, he said.

Highlighting the efforts of the double-engine government, the Prime Minister pointed out that whether it is about healthcare for the common man or wealth creation, be it empowering the farmer or water conservation, it is a first where the government has given a human form to the infrastructure where a human touch is impacting everyone’s life.

He further added that the campaign to open modern hospitals and medical colleges like Nagpur AIIMS is an example of the medical infrastructure. “Infrastructure cannot just cover lifeless roads and flyovers, its expansion is much bigger”, he added.

The Prime Minister gave the example of the Gosekhurd Dam whose foundation was laid thirty to thirty-five years ago with an estimated cost of around Rs 400 crore but was never completed. Shri Modi pointed out that the estimated cost of the dam has now increased to Rs 18 thousand crores. He said, “After the formation of the double-engine government in 2017, the work on this dam has been accelerated, and every problem has been resolved.” The Prime Minister was satisfied that this year this dam has been completely filled.

Learning from experience, the Prime Minister underlined that when development is limited, opportunities also get limited. Furthering his point, the Prime Minister explained that when education was limited to a select few, the talent of the nation could not come to the fore, when few people had access to banks, trade business also remained limited, and when better connectivity was limited to only a few cities, growth was also limited to the same extent.

The Prime Minister said that as a result, neither the large population of the country was availing the full benefits of the development nor the real strength of India was coming to the fore. The Prime Minister emphasised that in the last 8 years, both this thinking and approach have changed with the principles of ‘Sabka Saath, Sabka Vikas, Sabka Vishwas and Sabka Prayas’.

Modi remarked, “Those who were deprived earlier have now become priority for the government.” Giving examples of farmer-led development, Shri Modi pointed out that the farmers of Vidarbha have also got the big benefit of PM Kisan Samman Nidhi and it is the government which has linked the facility of Kisan Credit Card by giving priority to the cattle herders.

Continuing with the theme of prioritisation of the deprived, the Prime Minister listed steps like easy loans for the vendors and more than 100 Aspirational districts. The Prime Minister informed that more than 100 districts in the country including districts of Marathwada and Vidarbha lagged behind on many parameters of development. “For the last 8 years, we have been working towards transforming these deprived areas into new centres of energy for rapid development”, he said.

The Prime Minister also warned everyone about the emergence of the politics of short-cut in India. He warned that political parties are looting the hard-earned taxpayers’ money for political interests and adopting shortcuts with the aim of forming the government by making false promises. The Prime Minister reiterated that at a time when the country is working towards becoming a developed nation in the next 25 years, some political parties want to destroy the economy of India for their own self-interest.

The Prime Minister lamented the lost opportunities of not being able to take advantage of the first industrial revolution and lagging behind during the second-third industrial revolution. He reiterated that when it is time for the fourth industrial revolution, India cannot miss it. “No country can run with short-cuts, a permanent solution with a long-term vision is very important for the progress of the country”, Modi remarked.

The Prime Minister gave examples of countries like South Korea and Singapore that were once considered poor but managed to change their fate with a boom in infrastructure, and have now become huge centres of economy. He reiterated that the need of the hour is that every penny of the government exchequer is spent on building a bright future for the young generations.

At Nagpur Railway station, the Prime Minister flagged off Vande Bharat Express that will run between Nagpur and Bilaspur.

Samruddhi Mahamarg or Nagpur-Mumbai Super Communication Expressway project is a major step towards realising the Prime Minister’s vision of improved connectivity and infrastructure across the country. The 701 Km expressway – being built at a cost of about Rs 55,000 crore – is one of India’s longest expressways, passing through Maharashtra’s 10 districts and prominent urban regions of Amravati, Aurangabad and Nashik. The expressway will also help improve the connectivity of adjoining 14 other districts, thus helping in the development of about 24 districts of the state including the regions of Vidarbha, Marathwada and North Maharashtra.

Espousing the Prime Minister’s vision of integrated planning and coordinated implementation of infrastructure connectivity projects under PM Gati Shakti, the Samruddhi Mahamarg will connect to the Delhi Mumbai Expressway, Jawaharlal Nehru Port Trust and tourist locations like Ajanta Ellora Caves, Shirdi, Verul, Lonar, etc. Samruddhi Mahamarg will be a game-changer in providing a major boost to the economic development of Maharashtra.

The Prime Minister’s commitment to strengthening health infrastructure across the country will be strengthened through the dedication of AIIMS Nagpur to the nation. The Hospital, whose foundational stone was also laid by the Prime Minister in July 2017, has been established under the Central sector scheme Pradhan Mantri Swasthya Suraksha Yojana.

AIIMS Nagpur, being developed at a cost of more than Rs 1575 crore, is a hospital with state-of-the-art facilities, with OPD, IPD, diagnostic services, Operation theatres and 38 departments covering all major speciality and super speciality subjects of Medical Science. The hospital provides modern healthcare facilities to the Vidarbha region of Maharashtra and is a boon to the surrounding tribal areas of Gadchiroli, Gondia and Melghat.

National Institute of One Health, Nagpur

The laying of the foundation stone for the National Institute of One Health (NIO), Nagpur by the Prime Minister is a step towards building capacity and infrastructure in the country under the ‘One Health’ approach.

‘One Health’ approach recognises that the health of human beings is connected to the health of animals and the environment. This approach appreciates that most of the contagious diseases affecting humans are zoonotic (animal to human) in nature. The institute – to be established at a cost of more than Rs 110 crore – will collaborate and coordinate with all stakeholders and act as a catalyst to improve the research and capacity building in ‘One Health’ approach across the country.

The Prime Minister laid the foundation stone of the project for pollution abatement of river Nag at Nagpur. The project – under National River Conservation Plan (NRCP) – will be operationalised at a cost of more than Rs 1925 crore.

The prevalence of Sickle Cell Disease in the Vidarbha region, especially in the tribal population is comparatively high. The disease along with other haemoglobinopathies like thalassemia and HbE causes a significant disease burden in the country. To address this issue, the Prime Minister laid the foundation stone of the ‘Centre for Research, Management and Control of Haemoglobinopathies, Chandrapur’, in February 2019. The Prime Minister dedicated to the nation, a centre which is envisaged to become a Centre of Excellence for innovative research, technology development, and human resource development, in the field of haemoglobinopathies, in the country.

The Prime Minister also dedicated the Central Institute of Petrochemicals Engineering & Technology (CIPET), Chandrapur to the Nation. The institute aims to develop skilled human resources to meet the requirements of the polymer & allied industries. 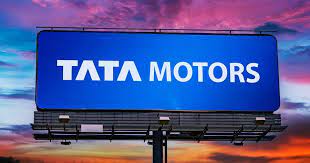 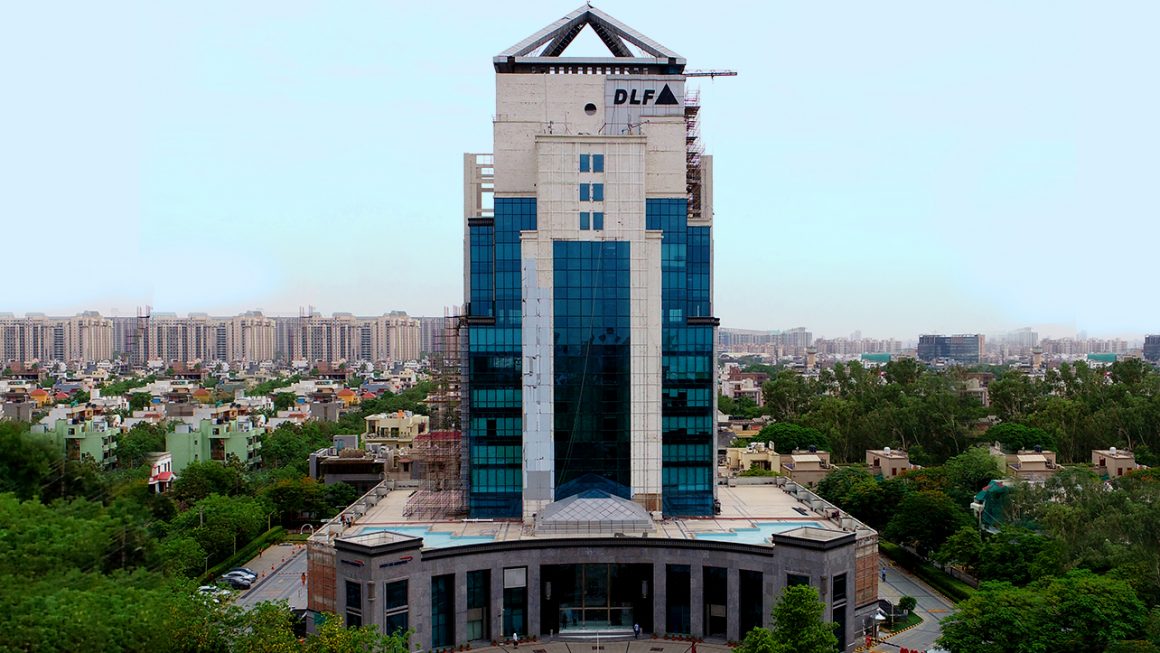